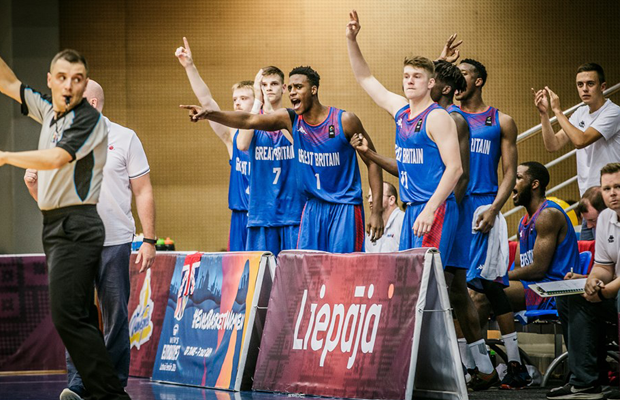 Great Britain Under-18s dropped to 1-2 at the U18 European Championships following a 93-82 loss at the hands of Lithuania on Tuesday afternoon.

Despite Mate Okros having his best game of the tournament with 27 points, whilst missing just four shots, it would not be enough as GB would never lead with Lithuania having an answer every time they made a run.

Lithuania finished atop of Group D with a 3-0 record, whilst GB still advance to the Round of 16 tomorrow, as they will now take on Finland on Sunday.

“A very good start from Lithuania hitting on everything made it difficult to pull it back later on,” Head Coach Alan Keane said “I am pleased with our teams performance. Winning the second half was Important for us as we will build on this for tomorrow last 16 game. We are in a good place right now as we currently prepare for the next game”

GB will look to bounce back in a big game against Lithuania on Tuesday (4:30pm tip).