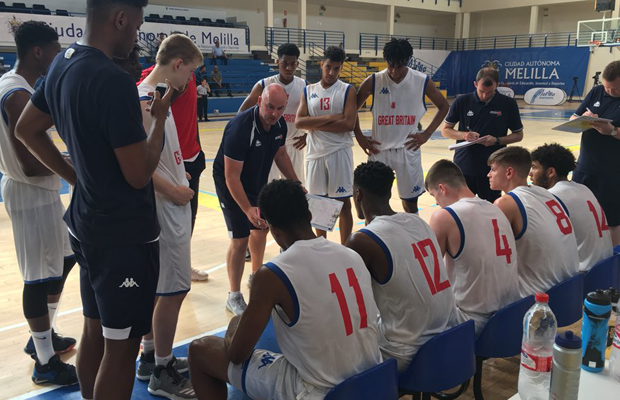 Great Britain Under-18s picked up their first win of their preparation with a 69-64 victory over Israel following a monster double-double from Tomiwa Sulaiman on Saturday night in Spain.

Sulaiman hauled in 22 rebounds to go with his 16 points and 4 assists, Kareem Queeley had a 19 point, 12 rebound double-double to go with 5 assists himself, whilst Nathan Robinson had 9 points and Callan Low 8.

“Another step taken in the right direction,” Head Coach Alan Keane commented. “We were better on the boards, our pace and disruption on defence was much improved.

“It was important to get the win today for a few reasons. We have a long way to go and a lot of work to do. However, guys stepped up today, while others needs to give more, which they will.”

GB will now fly to Italy for another three preparation games.