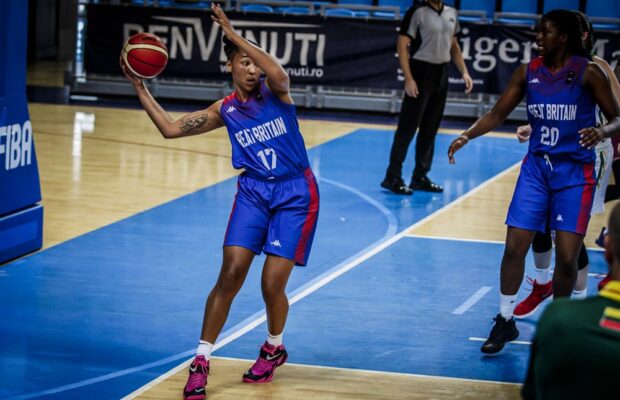 Great Britain Under-20s suffered their third defeat at the European Championships as they were beaten 59-70 by Ukraine in Oradea, Romania, on Wednesday.

Jeff Jones’ side are now 1-3 in Group A and cannot secure a top-two finish needed to continue their promotion hopes.

Savannah Wilkinson top scored with 23 points, but had 11 turnovers, while Ire Ozzy-Momodu posted another double-double with 13 points and 14 rebounds.

In a slow start from both teams, Sarah Round hit the first three to put GB up 9-7, but Ukraine enjoyed a strong 10-1 spell to take control. Tia Freeman scored her first points of the tournament with an and-1 to cut the deficit to 14-19.

Ukraine’s lead was as large as nine points early in the second before GB found a response in the shape of a 9-0 run to take the lead at 28-26 with Imani Whittington connecting from 3-point range.

Despite trailing 28-30 at the half, GB put together another run of nine straight points, including seven in a row for Wilkinson as they opened up a 37-32 advantage.

Another swing in momentum followed as Ukraine went on an 11-3 run to seize control of the contest. Two more triples followed with a late free throw from Wilkinson narrowly reducing GB’s arrears to 41-49 ahead of the fourth.

GB continued to battle and closed to within three points twice with the latest at 55-58 only for Ukraine to hit another deep three on their way to closing out the win.