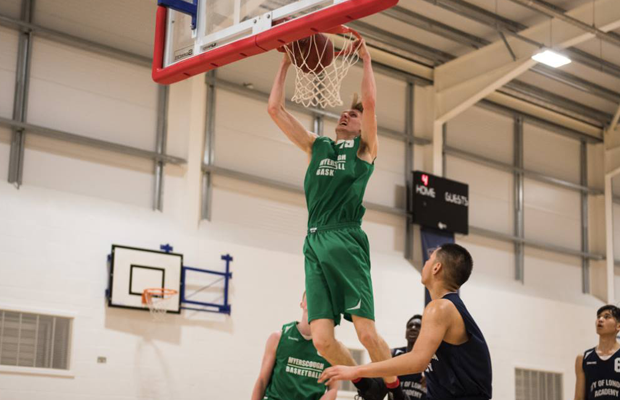 Myerscough College Basketball Academy have announced their participation in the European Youth Basketball League (EYBL) for the 2018-19 season.

They became the second English squad to make the jump, joining London United, who first participated in the 2015-16 season, and this year played in both the Under-17 (2-6) and Under-20 divisions (1-7).

The EYBL is a FIBA-endorsed competition for junior clubs and features some renowned teams from across the continent, with Myerscough joining the Under-20 ‘Euroleague’ format tournament during the upcoming cycle.

“Playing in the EYBL will provide our players, staff and the programme with an amazing opportunity to gain experience playing at a very high level against some of the best U20 teams in Europe,” Myerscough Programme Director Neal Hopkins said. “It is something that we have been working towards for a few years and it is brilliant to have achieved this goal.”

Sixteen teams divided in four groups will participate in the 2018-19 instalment of the competition, which takes place across three stages at three different host sites with games being played over four days. This year’s sites include Latvia, Poland and Estonia, culminating in a Final Four in April 2019.

The first phase of the competition commences September 20th in Riga, Latvia, with BC Helsinki ROCK, BC Alvik Basket and BA Tallinn Kalev slated to join Myerscough in Group C.

“I am extremely excited to lead the programme into the EYBL,” said Hopkins. “It is a real honour to have been accepted to compete in such a prestigious event. As an Academy, we are committed to ensuring our players have the best possible experience whilst they are with us and I am very proud of our inclusion.”

Alumni of the EYBL include Jonas Valanciunas (Toronto Raptors), Alexey Shved (formerly of the Minnesota Timberwolves), and Donatas Motiejunas (formerly of the Houston Rockets and current Shandong Golden Stars).