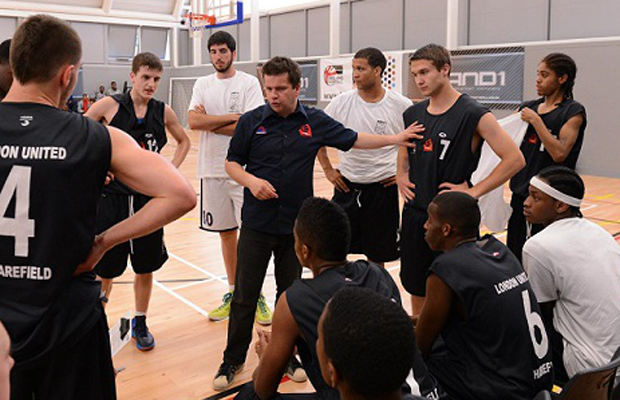 London United have been awarded a wildcard to enter in the European Youth Basketball League (EYBL) for the 2015-16 season.

The squad will be made up of student-athletes from the club’s Harefield Academy as they compete against the top European junior sides such as CSKA Moscow, Alba Berlin and VEF Riga.

The competition format of the EYBL and the calibre of the participating teams has created a junior ‘Euroleague’ competition to crown the best club team across Europe in junior age categories.

“There is no better way to develop young players than to expose them to regular international competition on the highest level,” said London United Director, Jack Majewski.

“This exposure is horribly missing in the English game. English basketball needs to immediately stop looking at itself as a poor relative to the rest of Europe. Great Britain is a very rich country with a tremendous amount of natural talent which needs to be nurtured and utilized in the proper way.

“We realise that we are on the very beginning of this road but we are equally sure that this is right road to take.”

Majewski had been Head Coach and part-owner of Surrey United before Surrey Sports Park completed a full takeover of the club earlier in the summer to re-brand as Surrey Scorchers.

Emma Chambers, another Director, added: “We are very excited to announce our participation in the EYBL competition. At London United we are committed to providing opportunities for our young athletes to give them experience and exposure of elite performance.

“Inclusion in the EYBL competition will allow our student athletes to gain valuable experience on court against the highest calibre competition.”

With EYBL competitions firmly established on the Junior European elite scene and with such notorious European club names being involved it is no surprise that many European National teams feature squads comprising predominantly of players featuring in EYBL competition.

As an example 12 of the final 15 candidates for the Latvian national basketball team for this year’s European championship are EYBL players with similar numbers from other European National team line ups.

Many star players previously taking part in EYBL competitions have also progressed to Euroleague and the NBA.

“We are very proud that this upcoming season the 28th nation will join our tournament and we want to welcome London United into our family,” said EYBL President, Aturs Senhofs.

“I believe that they will belong in strongest youth club competition in Europe. In this part of the continent England has always been a bit of an exotic country basketball wise, but we gave London United the wild card spot due to the big progress that we have observed with British basketball at an international level.

“EYBL has had a major impact in developing basketball in Scandinavian countries, where we see that in fifteen years of their participation they have caught up to historically stronger basketball countries.

“Providing this opportunity to a British club such as London United can only help bring a different dimension of experience needed to develop British junior club basketball performance.”

The first phase of the competition will take place in Latvia in mid-October with London United competing in the U17 division against CSKA, Ridzene and Riga.