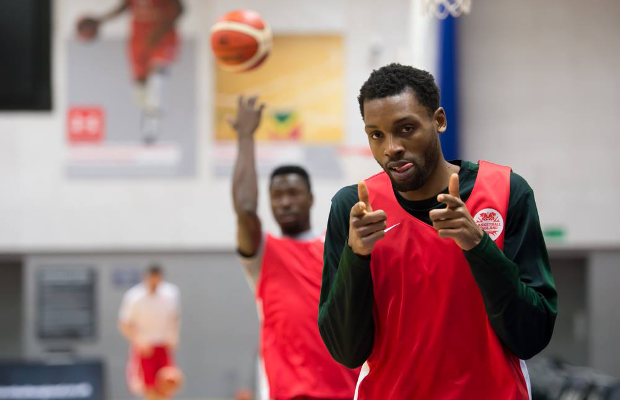 England’s 12-man squad for the upcoming 2018 Commonwealth Games has finally been announced today.

Andreas Kapoulas has selected 10 players from the BBL with only Australia-based Adam Thoseby and Jamell Anderson – who is playing out in Spain – the only two in the squad plying their trade outside of the UK’s top-flight.

“We have come a long way in our preparations within a short period of time,” commented Kapoulas. “The October and February camps were valuable to the programme and a great opportunity to work with players and staff to develop our system.

“We have an exciting group of players with a lot of experience and talent and we look forward to continuing our preparations in Australia so we can be ready for the challenges of the tournament.”

Texas native Drew Lasker and Canadian-born Mike Tuck earn their selections as two of the most experienced players in the squad having spent a number of seasons in the BBL.

Rob Gilchrist and Kofi Josephs have both been part of recent GB Senior squads, while Orlan Jackman and Joe Ikhinmwin have represented GB at Under-20 level. Leicester Riders duo Shane Walker and Andy Thomson are the only team-mates on the roster with Callum Jones and Daniel Edozie completing the squad.

“It’s just amazing to be part of and it’s all starting to be real now,” declared Walker.

“I’ve known the guys for a while now and it’s going to be great to compete with them on a global stage.”