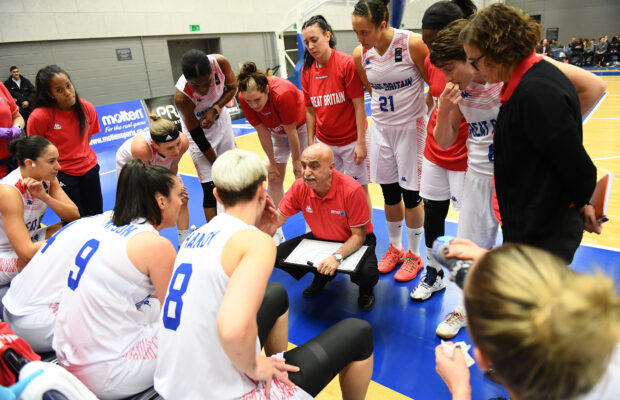 Check out Great Britain’s Senior Women in action in Kozani as they take on Greece in their second EuroBasket Women 2019 Qualifier.

Chema Buceta’s side earned a thrilling 90-87 overtime victory over Israel in their Group D opener and face strong opposition, though Greece only defeated Portugal 60-66 in their first game.

Jo Leedham-Warner led the way with 22 points and 13 rebounds, but there were key contributions throughout the roster including Chantelle Handy’s clutch triple at the end of regulation.