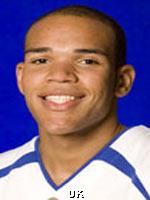 Great Britain’s Senior Women made a winning start to their EuroBasket Women 2019 Qualifiers with an epic 90-87 overtime victory against Israel in Manchester, on Saturday.

Chantelle Handy came up clutch in the dying seconds of regulation to extend the contest before Jo Leedham-Warner helped ice the game and finish with 22 points and 13 rebounds.

CLUTCH! @chan2211 with the game-saving triple to force OT before @gbbasketball prevail! (via @basketmedia365) 🇬🇧🏀 pic.twitter.com/mcCsjasbnE

“We were able to play at that level today and finally win the game,” said Head Coach, Chema Buceta.

“We were six points down at halftime but the girls did great job to overcome that situation.”

GB closed the opening period on an 8-0 run capped by Eilidh Simpson’s 3-pointer to make it 21-17.

Jones made it a six-point lead at 28-22 in the second, but Israel responded with an 8-0 run to take the lead and built a six-point cushion of their own at the half at 30-36.

GB came out firing in the third, putting up 26 points in the quarter to take a 56-51 advantage into the final stanza.

However, back came Israel as the lead changed hands throughout the fourth with the hosts eventually needing two huge threes in the final minute – first from Fagbenle and then Handy in the clutch to tie the game at 77-77.

Israel edged ahead early on and were up 84-85 inside the final two minutes of overtime before GB put together a decisive 6-0 run, closed by Leedham’s mid-range dagger to seal the victory.

🎥: Check out all the highlights from last night's victory over Israel in Manchester!!#BritishBasketball pic.twitter.com/mUbwudJVpO

GB return to action on Wednesday as they head to Greece for their first road game in Group D.