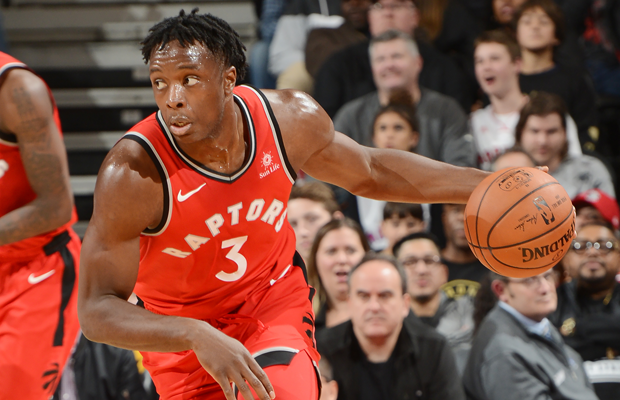 Toronto Raptors rookie OG Anunoby remains undecided on whether or not he will represent Great Britain, but says it is definitely something he is considering.

Born in London but moving to the US aged 4, Anunoby was selected as the 23rd pick by Toronto Raptors in the 2017 NBA Draft.

London-born @OAnunoby was selected by the @Raptors with the 23rd pick in the #NBADraft last night…and he has a British passport 🇬🇧🏀 pic.twitter.com/9y4dpCtr2Z

Hailing from Harlesden, North West London, Anunoby began playing football before making the switch to basketball when he moved to the US. And now, he says, he is looking forward to being able to inspire the next generation of players from the UK.

“Yes that’s definitely a goal of mine, to inspire kids in Great Britain to want to play basketball and show that they can make it to the NBA from Britain.”

Anunoby would no doubt be a huge asset to Tony Garbelotto’s side, having cemented himself as one of the standouts in this year’s Rookie class despite his modest stat line, averaging 6.6 points, 2.2 rebounds and an assist per game whilst gaining a reputation defensively.

Fans in the UK can watch the NBA live on BT Sport and NBA League Pass. NBA Sundays games LIVE in Primetime in the UK every Sunday at 8:30pm. This week on November 26th the Minnesota Timberwolves will host the Phoenix Suns on BT Sport 2.