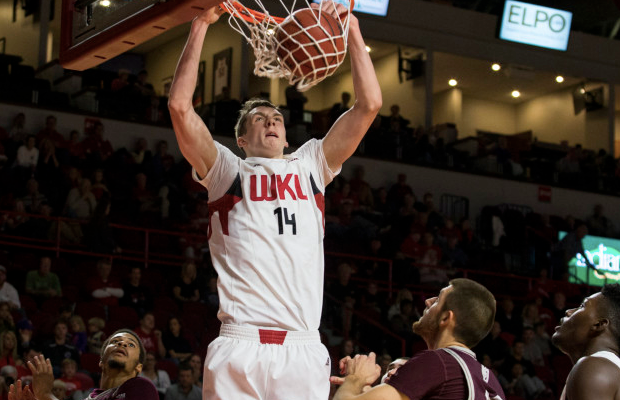 The 7’1″ former Great Britain Under-20 has just graduated from Western Kentucky, averaging 5.3 points, 3.3 rebounds and 1.7 blocks per game while shooting 56.9 percent from the field in under 16 minutes per outing.

“It feels surreal to sign my first pro contract,” Lawson told Hoopsfix. “I always believed I would get to the pro level but actually reaching that goal is a big step for me and now I’m excited to see what this team can accomplish.

“My plans and hopes for this up and coming year is to dominate the league. In my past I regrettably let opportunities slide and didn’t push my presence as a lead role so I’m determined to make myself known in this league. I hope to bond and build relationships with the fellas and bring a positive attitude and energy to the team.”

Lawson said he had early discussions with an ACB squad that never came to fruition, and also considered an option with the Spurs G-League team before deciding on Cyprus.

And despite finishing fourth all-time amongst the WKU’s blocked shots leaders, looking back on his college career he felt he could have produced at a higher-clip.

“I am very proud of my achievements I made in college but like I previously said I do regret some of my past. I loved WKU in a multitude of ways and will always be a Hilltopper but I wish I could have made an impact earlier and had a productive four years.

“Now that I have my foot in the door I hope to aid this team this year in propelling us to the silverware. The following year the team is planning a move to the prestigious Turkish league and there will be a greater challenge and higher level of competition. I hope to excel and be at the forefront of this team’s success.