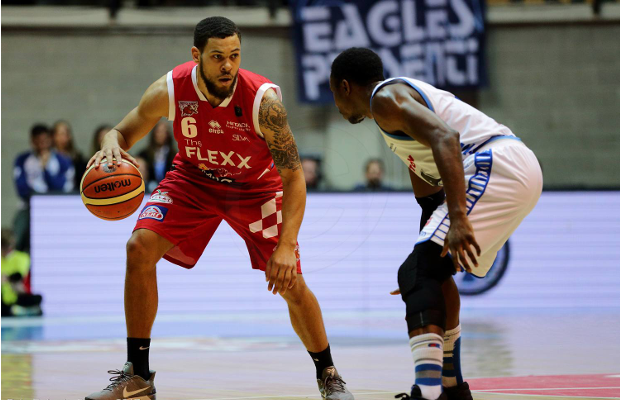 Teddy Okereafor is heading to Greece for his second season as a pro after signing with Kymis for 2017-18, the club announced.

The GB Senior guard started last season with Estonian side KK Parnu on a short-term deal before finishing the campaign in the Italian top-flight with Flexx Pistoia.

Okereafor averaged 4.4 points, 2.4 rebounds and 2.2 assists per game in 24 appearances in Serie A having put up 14.3 points in the Baltic League for Parnu pre-Christmas.

The 24-year-old is currently preparing for EuroBasket 2017 with GB having helped his country achieve qualification last summer.

Kymis finished 8th in Greece A1 last season with an 8-18 record with another Brit in Ogo Adegboye on their roster for 11 games.

Check out Okereafor’s 2016-17 highlights below: