GB U20 Women Fall to Croatia Loss, Finish 2-3 in Group B - Hoopsfix.com 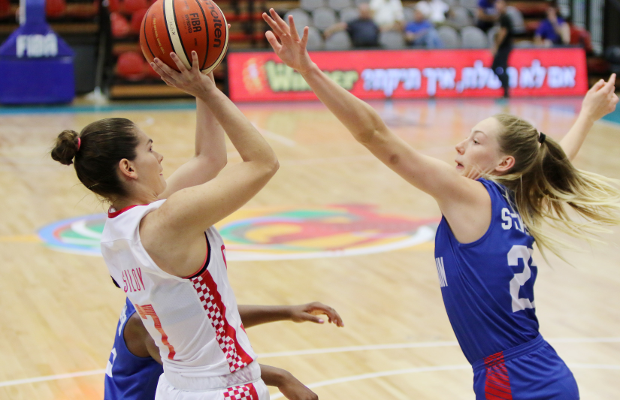 Great Britain Under-20’s suffered their third loss in a row at the European Championships after being beaten 72-38 by Croatia in Eilat, Israel, on Thursday.

Chema Buceta’s side finish fourth in Group B with a 2-3 record and will now play for 5th place at best – a feat they also managed last summer.

GB made a bright start with a 7-0 run, but an 18-2 response from Croatia put them in control and they never looked back. A nice move from Shanice Norton ended the first at 20-11 and GB cut the gap to six early in the second.

Croatia strengthened their grip on the game with another dominant run as they established a 42-22 advantage heading into the half-time break.

There was no way back for GB in the third as they were held to just six points with Croatia increasing their lead to 60-28.

GB kept battling throughout with the bench given extended court-time in the final period as they were narrowly edged out 12-10 as the defeat was confirmed.

GB U20s return to action on Saturday as they begin the 5th-8th classification round against Czech Republic at 4:15pm UK time.