Complete History: GB U20 Women at the European Championships - Hoopsfix.com

Complete History: GB U20 Women at the European Championships 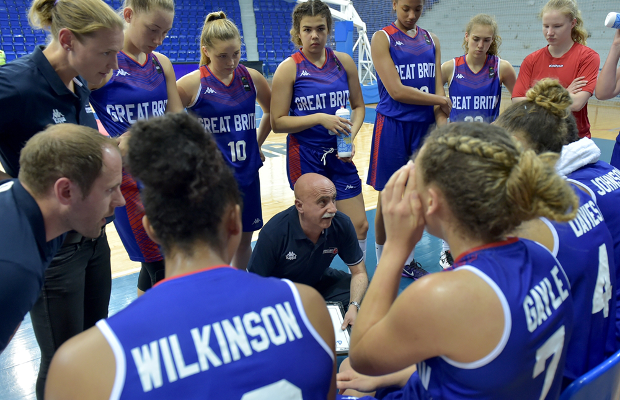 We take a look back on Great Britain’s history of competing at the Under-20 Women’s European Championships.

GB’s first summer venture at the U20 Euros came in 2006 and they would secure promotion to Division A four years later by winning gold in Macedonia.

They spent two summers in the top-flight before dropping back down to Division B, where they will once again compete as they head to Ireland in early July.

Vanessa Ellis, Sergio Lara-Bercial and Damian Jennings all had two-year spells in charge before Frans Griffioen, Matt Johnson, Pete Buckell and Karen Burton each had a summer at the helm.

Current GB Senior Women’s Head Coach Chema Buceta returns for a second summer with the Under-20’s, keeping a close eye on the next set of players aiming to make the step up as many have done previously.

Here’s a year-by-year recap of GB Under-20’s at the European Championships:

The first year of the GB Under-20’s in the Euros began with a convincing win against Ireland with four wins from their first five. Jo Leedham fired in 30 points to edge GB past Belarus, while Angelina Browne had a huge double-double of 25 points and 16 boards in a win against Switzerland. GB had a combined 46 points from the Leedham sisters in a QF win before losing to Serbia & Montenegro in the last four. 4th (5-3).

Jo Leedham led GB to an impressive 3rd placed finish in Lithuania, averaging 22.1 points per game in the tournament. After splitting their opening two games, GB won their next two with Lauren Thomas-Johnson and Leedham leading the way before a 76-66 success over Poland in the QF. A loss to Montenegro followed with Leedham netting 26 points in a victory against Portugal to secure bronze. 3rd (5-2).

After back-to-back semi-final showings, the third summer at the Euros proved a difficult experience for GB. Harriett Yea had 22 points in an opening loss to Romania before heavier defeats followed against Hungary and Slovakia. GB finished winless as they fell to successive defeats against Portugal to close out the tournament. 10th (0-6).

GB endured another difficult start to a Euros with two opening losses before overcoming Portugal in their third clash behind double-doubles from Harriett Yea and Mary Durojaye. A narrow one-point defeat against Belgium was then followed by convincing victories against Austria and hosts Macedonia to finish inside the top 10. 9th (3-3).

A golden summer followed for GB as they secured promotion to Division A with an impressive tournament victory. GB made a 3-0 start before losing to the Czech Republic in their final group game. After getting past Israel, GB defeated Portugal to advance beyond the semi-final stage for the first time and held their nerve for a 47-46 triumph in the final. 1st (6-1).

Damian Jennings remained in charge to lead GB’s first venture in Division A and they more than held their own. Victory over Latvia was enough to send them through, despite a 50-point loss to Spain and GB pulled off a stunning 62-50 win against France in the second round to reach the last eight. However, they were well beaten by Russia in the midst of losing their last four games. 8th (2-7).

In the year of the London Olympics, GB came crashing back down to Division B without a win to their name. A six-point opening defeat to Russia was followed by gradually more emphatic defeats with a 25-point haul from Jess Hurd against Serbia one of the positive displays. GB lost twice to Italy, Portugal and Latvia in the 13th-16th classification to end up rock bottom. 16th (0-8).

Back in the second tier and there was to be no immediate return. GB were edged out by Macedonia in their first game and humbled by the Czech Republic on their way to an 0-5 start. However, Shequila Joseph finished with consecutive double-doubles to lead GB to back-to-back wins over Romania and Portugal for a satisfying ending. 8th (2-6).

For the first time in seven years, GB had two players averaging double digits on points in a strong balanced scoring attack. They defeated Norway in the opener before losing four of their next five. GB had contrasting victories over Portugal and Romania – their smallest and largest ever winning margins – and signed off with a win against Israel as Janice Monakana netted 20 points. 7th (4-5).

Another testing summer in which GB enjoyed just one win to their name. Four of their first five losses were all decided by eight points or less with GB edged out by the likes of Austria, Montenegro and Sweden. The tournament ended on a high following eight defeats with Sarah Thomson and Georgia Elliott-King netting five triples apiece in a combined 36 points as GB eased past Romania to avoid bottom place. 9th (1-8).

Ten years on from the first summer of GB’s Under-20s at the Euros and there were a number of future stars on display. Kennedy Leonard poured in 22 points in a win against Israel and after a 1-3 start, GB produced a storming finish with Savannah Wilkinson top scoring in comfortable victories over Romania and Montenegro to secure fifth place. 5th (3-3).