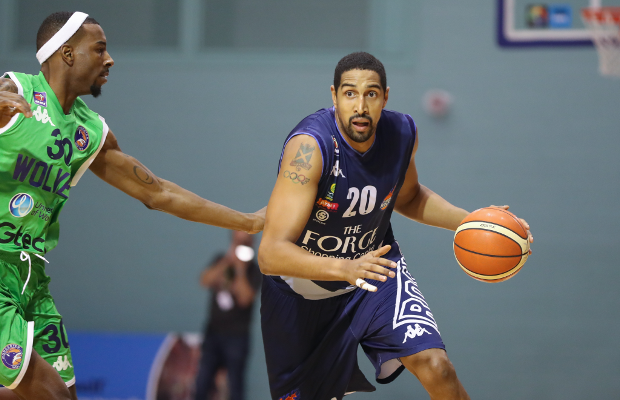 GB captain Kieron Achara has signed a new one-year deal to remain in the BBL with Glasgow Rocks.

Achara was named to the Molten BBL Team of the Year as well as the All-British and All-Defensive Teams after another strong season with the Rocks.

The 33-year-old will return alongside international team-mate, Gareth Murray with the forward having signed a two-year deal last summer.

Achara averaged 15.3 points and 7.9 rebounds per game as well as leading the league in blocks with 1.7 per outing.

“I’m excited to be extending my contract with the Rocks,” said Achara

“It is an honour playing professionally in my home country in front of family and friends at the same time as being able to help inspire the next generation of Scottish ballers.

“I re-signed because I believe the Rocks are moving in the right direction and I want to be part of something great.”

The Rocks also re-sign long-serving backup point guard Jonny Bunyan with the Falkirk native having been with the club since 2011.

Glasgow reached the Cup final before going out in the first round of the playoffs after a third placed league finish.

They will also have a new Head Coach at the helm next season after parting ways with Sterling Davis.