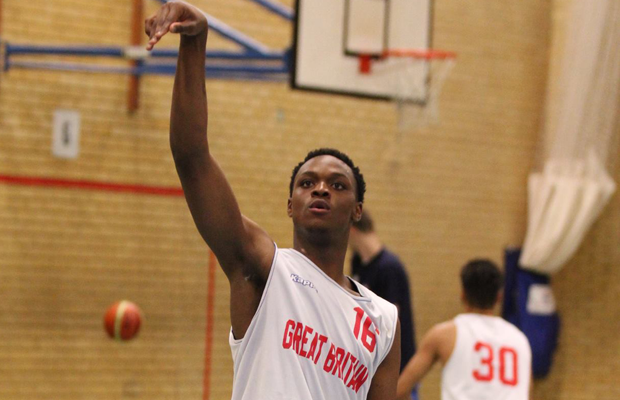 Following two years at Chattanooga State Community College, the 6’9″ big man will make the jump to Division 1 next season.

“When on my visit USM I was given nothing but love from everyone in the area,” Jacdonmi told Hoopsfix.

“The school is a very family oriented school in which everyone is friendly towards each other and treats each person with as much respect as they would want themselves.

Jacdonmi, who had interest from other programmes in both Division 2 and the NAIA, was also invited to Great Britain Under-20 camp in 2016.

Jacdonmi started both years at Chattanooga, and averaged 8.5 points and 5.3 rebounds per game as a freshman and shot 53.4 percent from the field as a sophomore.

He has succeeded off the court as well, and will be honoured with a Hats Off to Excellence award from Chattanooga State that commemorates those who maintained above a 3.0 GPA for two years.

“Looking back at Chattanooga, I do not regret making the choice coming here. It has not only helped my game but it has really made me more mature as a student, because without education, I wouldn’t be able to continue in college basketball.

“I see my role being a very big presence inside. I will have to be a strong force for the team to be able to win, and I feel that I can bring that presence.”

Jacdonmi, originally relocated from London to North Staffordshire, where he then played for the NULC Knights.

“We are very excited that Boban made the decision to come to Southern Miss,” head coach Doc Sadler said. “We felt like he fills a need and that his best basketball is ahead of him. When evaluating players, one of the most important things to me is character and wanting to be here. Boban passed all the tests, and we are excited to have him.”

Hoopsfix wants to wish Boban all the best with the rest of his college career!