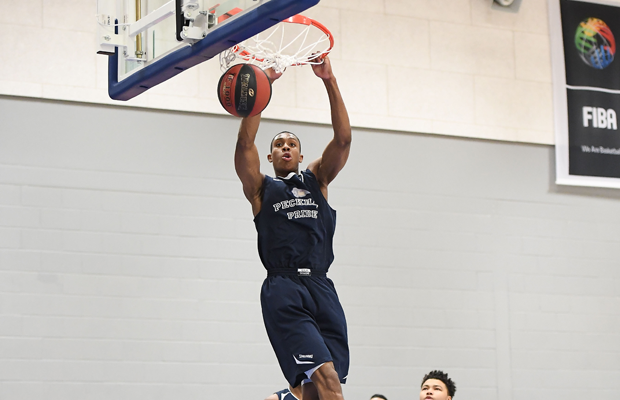 The 6’5″ wing from City of London Academy made the move to the US this season to attend Lee Academy Prep school, where he has garnered plenty of attention including from the likes of Arizona State and Georgetown.

“Firstly I want to start by thanking God for the opportunity I have been given and for placing me in a position to be successful,” Walters said in a message posted to his Twitter.

“The support my family and friends have shown throughout has been indescribable, more than grateful to have people around me who care for me so much and wish the best for me. Would also would like to thank my coaches for being a cornerstone to the player I am today. With that being said I’m glad to announce I’ve committed to the University of Santa Clara!”

The Hoopsfix All Star Classic alumnus was named Player of the Year and Defensive Player of the Year for the EABL East Conference in his final season in the UK, where he also won an Under-18 National Championship with Peckham Pride. Walters helped CoLA to a strong 12-1 record with averages of 14.6 points, 6.3 rebounds, 3.5 assists and 2.5 steals over the course of the campaign.

“The biggest thing was the relationship I gained with Coach Sendek throughout this process,” Walters told his former school. “I really got comfortable around the whole coaching staff and I felt like I was really wanted. They told me the vision they had for programme and myself, and it became something I wanted to become a part of.

“From this I’m looking forward to gaining a great degree, playing the sport I love at a high level and being in a beautiful city too.”

Santa Clara got a steal in Lee Academy's 6-5 guard Shaq Walters. Had HM offers on the table & would have added more.

Meanwhile, Jackson Gibbons, one of Walters’ coach at City of London Academy commented:

“We are absolutely delighted for Shaquille with his decision to attend Santa Clara. He was presented with some very tough decisions, avoided getting caught up in the hype machine of US College basketball and the lure of being over recruited by making a very mature decision.

“Instead he chose an emerging program thats moving in the right direction with a fantastic head coach for whom Shaquille will play a major role in for the next four years whilst most importantly getting a fantastic education. Hard work pays off and Shaquille is a fine example of that.”


“Shaq has chosen Santa Clara because he thinks he has a chance to be an impact player right away,” Lee Academy coach Igor Vrzina told Zags Blog.

“Shaq is a 6-5 long shooting guard with great handles and a high basketball IQ. He’s a solid defender and has deep range from three-point [territory].”

Hoopsfix wants to wish Shaq all the best with his college career!