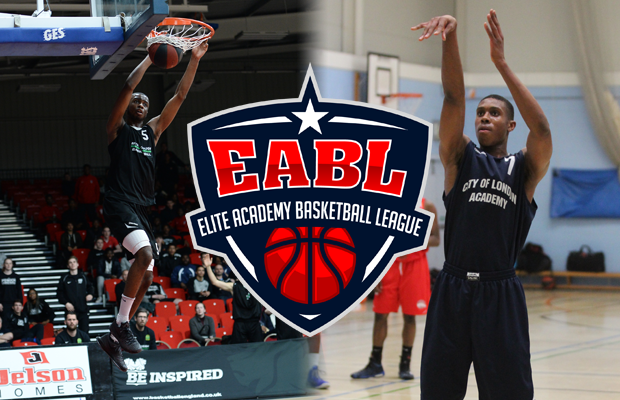 The Elite Academy Basketball League (EABL) announced their regular season awards for the 2015-16 season this week with Kyle Carey and Shaquille Walters named Player of the Year in their respective conferences.

Carey led Myerscough College to an unbeaten 11-0 record in the West Conference with last year’s Hoopsfix All-Star Classic U19 MVP averaging 19.1 points per game along with 9.5 rebounds, 3.6 assists and 1.8 steals per game during the regular season.

“Winning the Player of the Year in the West Conference is a big achievement for me,” he said.

“I’m very fortunate to have played with teammates who have helped put me in this situation.

“The EABL is a great platform for players in the UK to make it to the next level. From the stats, to the highlights, it’s good to see English basketball taking steps in the right direction.”

City of London Academy guard Walters also picked up the Defensive Player of the Year award in the East as well as the Player of the Year accolade. Walters helped CoLA to a strong 12-1 record with averages of 14.6 points, 6.3 rebounds, 3.5 assists and 2.5 steals over the course of the campaign.

“There can be no bigger compliment than opposing coaches appreciating your ability. I just want to thank my teammates and coaches who have constantly pushed me throughout the year to become a better player everyday because I really wouldn’t be receiving this award without them.

“The season was an amazing one, we fell short of our ultimate goal, however I am hoping it has started a tradition of CoLA being a force to be reckoned with in the EABL for years to come.”

Meanwhile, the Defensive Player of the Year award in the West went to Andre Arissol, who averaged 2.9 steals per game whilst being an anchor of Charnwood’s strong defence.

The Coach of the Year awards went to Derby College/Noel Baker School’s Matt Shaw in the West after leading his side to a 7-4 record. In the East, Itchen College’s Matt Guymon picked up the award for the second year running with his side finishing 16-2 as the second seeds.