NBA 2K17 Review: The Gift That Keeps on Giving - Hoopsfix.com

NBA 2K17 Review: The Gift That Keeps on Giving 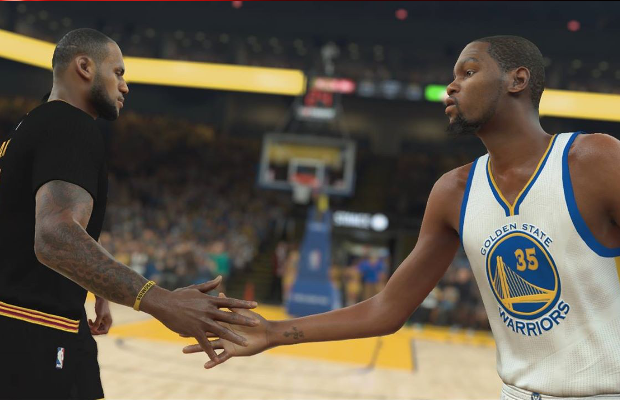 2K Sports have delivered once again as the NBA 2K series continues to keep its reputation as the best regarded sports video-game out there.

Now the NBA season has started, you can keep up to date and play out the season ‘live’ by playing each of the games that day in a season mode (previously available on the ‘Play Now’ option).

The gameplay does seem to have improved with rebounding in particular seemingly more realistic with more of a battle on the boards with tips, deflections etc. and the shooting bar has had a minor change too.

Brits. Luol Deng is a lone figure flying the flag in the NBA this year and having seen a gradual dip in his rating in recent years, he rises to 78 off the back of a strong second season at Miami Heat – and ranks as one of the leading players on the Los Angeles Lakers roster. 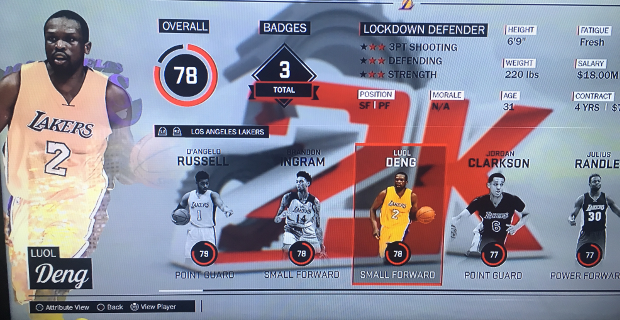 Keep scrolling through the NBA teams until you get to the teams in Europe, where you’ll stumble across 70-rated Joel Freeland as part of EuroLeague champions, CSKA Moscow’s squad.

Note: Mo Soluade made it onto NBA 2K16 as part of Unicaja Malaga’s roster, albeit out of position as a power forward and rated as the third best player.

Career Mode. The story again focuses on the rise to the NBA with your character ‘Pres’. The all important decision of which college team to pick – from the likes of Kansas, Louisville, UConn, Oklahoma amongst others – in order to rise your stock ahead of the NBA Draft before you make it to the league.

There’s also an added international touch with the chance to represent Team USA against Australia – both teams available to use in the Play Now mode – following on from this summer’s Rio Olympics.

Note – If you’re someone that hasn’t got time for all the story mode scenes and just want to get yourself onto an NBA team as quick as possible, prepare to have your patience tested with no skip option available.

League expansion. Such a clever concept, and this gives so many options to play around with. There’s a selection of pre-made expansion teams such as Nashville Stars while you can also be creative and come up with your own team(s) to mould into the league.

The expansion is not just limited to one new team either, you can include up to six new teams to build a max 36-team NBA. With new teams come new rosters to be filled and existing teams choose to protect eight players from the Draft process for the newcomers.

Playoffs. A returning feature sees the Playoffs mode back having been omitted in 2K16. This option allows you to create your own bracket with no limit to current NBA teams as you can structure a battle of the ages involving the classic teams or you could even go down the European route with a total of 29 EuroLeague teams to choose from.

And there’s much more with the popular MyTEAM mode along with MyGM/MyLEAGUE providing an array of options to explore and keep yourself entertained.

Buy your copy for PS4 or XBox now(affiliate links)!