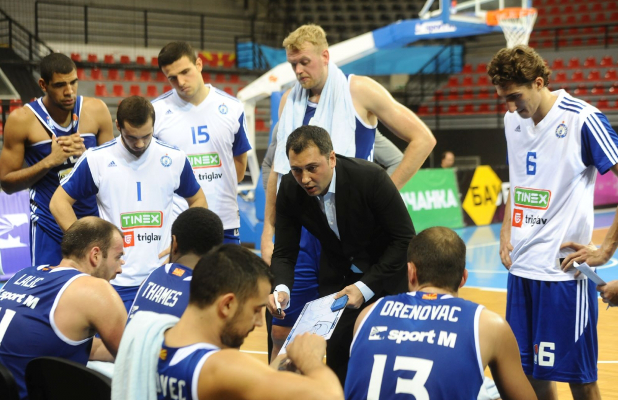 Dan Clark made an immediate impact on his EuroCup debut for MZT Skopje despite suffering an 85-89 defeat last night.

The GB forward had a team-high 23 points on 8-of-13 shooting and also grabbed eight rebounds in 28 minutes of action.

Clark had made his league bow for the club at the weekend with 11 points and seven boards in a 74-71 win over Ryan Richards’ Karpos Sokoli.

Skopje are now 0-2 in the EuroCup having also lost their Group A opener prior to Clark’s arrival.

It wasn’t a full European club competition debut for Clark having previously played in the FIBA Europe Cup (also known as Euro Challenge) while at Estudiantes.

However, that was over a decade ago with Clark making his debut as a teenager against Ironi Iscar Nahariya in December, 2006.

Clark is next in action next Wednesday when his side travel to Russia to take on Nizhny Novgorod.

Meanwhile, Ovie Soko started and finished with three points, four rebounds and two steals as Murcia claimed an 83-85 victory away at Zenit, in Group C.