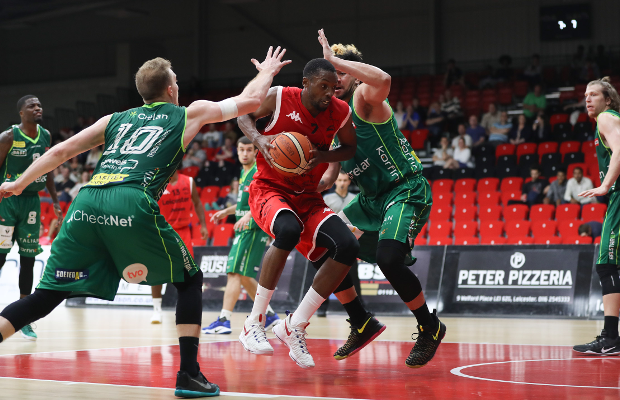 Leicester Riders signed off their pre-season R3 Tournament with a convincing 89-69 victory over Belgian side, Okapi Aalstar, at the Leicester Sports Arena on Sunday.

Rob Paternostro’s side suffered a heavy 37-point loss at the hands of established Liga ACB outfit Rio Natura Monbus, on Friday, but bounced back 48 hours later.

New American signing Eric Robertson scored 11 of his team-high 16 points in a pivotal 21-0 run across the third and fourth quarters.

The visitors had closed to within a single point at 53-52 before the Riders produced a devastating seven-minute spell en route to recording a 20-point success.

Donovan Jack added 11 points in the win, while there were 10 points apiece for Tyler Bernardini, Andrew Thomson and Pierre Hampton.

The new BBL season is now under two weeks away with the league action starting on September 23.