GB U20s Go Down Fighting in Friendly Loss Against Greece 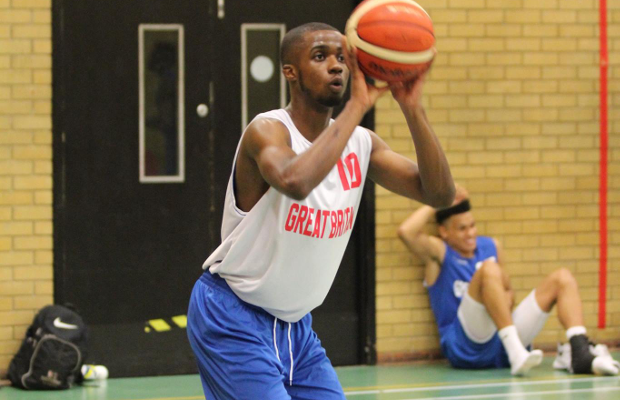 Great Britain Under-20’s suffered a 73-49 defeat at the hands of European Championships hosts Greece in their penultimate friendly in Chalkida, on Monday evening.

Kyle Carey scored eight of his 13 points in the final quarter, while Jules Dang Akodo finished with nine points and Dwayne Lautier-Ogunleye added eight in his first competitive appearance of the summer.

Andreas Kapoulas’ side flew out to Athens on Saturday having confirmed their 12-man squad for the upcoming major tournament that starts on Friday.

Josh Steel netted two triples, while Lautier-Ogunleye scored four points in a bright 10-3 start from the visitors. However, Greece began to assert their control and opened up a 22-14 advantage before Dang Akodo’s three ended the first quarter.

The home side really began to pull away in the second with a 16-0 start before Sam Idowu stopped the rot with his first score midway through the period. Back-to-back 3-pointers from Dang Akodo and Carey ended a 12-2 run from GB as they went into half-time trailing 42-29.

Another three from Dang Akodo cut the gap to just 10 points at 44-34 early in the third, but a 13-2 response from Greece saw their lead increase beyond 20 points once again.

Greece took a commanding 63-40 advantage into the final quarter and a low-scoring conclusion prevailed with GB narrowly edged out 10-9 in the last 10 minutes with Carey scoring eight of the nine points to finish as his side’s top scorer.

GB U20s complete their preparation schedule with a game against Portugal tomorrow before opening their Division B Euro campagin on Friday against Albania.