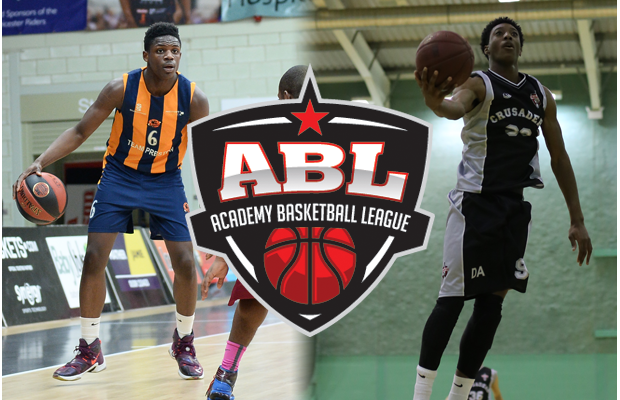 Preston’s Byekwaso was named as the Player of the Year in the North Conference after leading his side to a perfect record during the regular season. Byekwaso had an efficiency rating of 30.4 and averaged 25 points per game whilst having an impressive 65.6 2PT FG% as well as free throw percentage (92.3), with a true shooting percentage of 68.1.

Meanwhile, the South Conference Player of the Year was awarded to Northfleet Tech’s Akin. The England U18 international made an immediate impression on the league with the first Player of the Week award, and finished with averages of 24.3 points and 13.0 rebounds per game in 10 outings.

Akin enjoyed a double success having also been named as the Defensive Player of the Year in the South. He was amongst the ABL block leaders with 2.0 rejections per game to display his protective presence in the paint, along with 2.8 steals per outing.

In the North Conference Melkisedek Moreaux picked up the Defensive Player of the Year accolade. Moreaux was a key part in Preston’s impressive 64.0 defensive rating as they held opponents to 33.7% shooting from inside the arc. The 6’6″ forward also averaged 5.3 steals per game.

It was a clean sweep of awards for Preston’s in the North as Malcolm Leak orchestrated the squad’s dominant regular season from the sidelines and the play-caller picks up the North Conference Coach of the Year award. Preston’s topped almost every statistical category on their way to a 10-0 record in regular season play. Leak’s side had an offensive rating of 130.4 and led the league in 2PT FG% (55.6) & 3PT FG% (42.1), whilst being equally impressive on the defensive end with an average of 20.6 steals per game.

Karl Youngman was voted as the South Conference Coach of the Year after guiding Holy Trinity’s School into the playoffs with a fourth placed finish in the regular season. Despite only averaging 68.5ppg, Holy Trinity claimed a lot of wins with their strong defensive effort keeping opponents to an average of 55.9ppg.