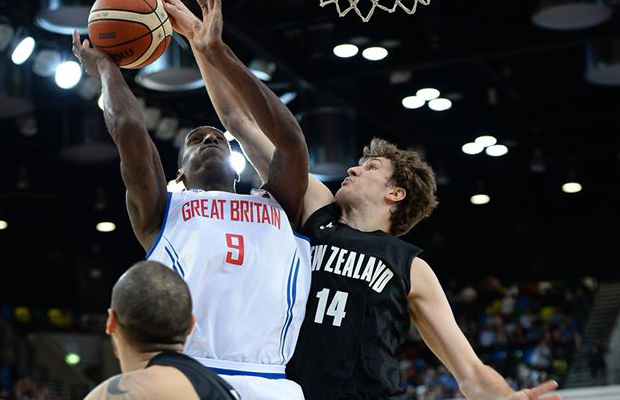 Joel Freeland impressed in Euroleague action in mid-week after coming off the bench to contribute eight points and seven rebounds in a 92-85 victory for CSKA Moscow over Olympiacos. In Mexico, Matthew Bryan-Amaning had 21 points and 10 boards, before adding 15 and 8 in 19 minutes as Soles (34-3) recorded 107-89 and 93-88 victories to extend their lead at the top. Aaron Geramipoor scored 14 points on 6-8 FG shooting in the first game and then posted his own 21-point, 10-rebound double-double in the second.

Out in Germany’s Bundesliga, Gabe Olaseni recorded a double-double of his own with 11 points and 10 rebounds in a narrow 68-70 road win for Giessen 46ers (10-11). Will Saunders made his debut for Angelico Biella (10-11) in Italy’s Serie A2 and scored seven points to help his side to a 77-73 success.

Dan Clark netted 10 points including two scores from downtown in 14 minutes of a tight 77-79 defeat for Andorra (9-11) in Liga Endesa, while Andrew Lawrence also connected with two triples in his eight points as Gipuzkoa (4-16) pushed Euroleague giants Real Madrid close before falling to a 94-88 loss away from home. In LEB Silver, Joe Hart scored seven points in a convincing 99-69 win for Araberri (12-6) as they moved up to second place.

In France, Myles Hesson played limited minutes, but still managed seven points in an important 52-72 road victory for Dijon (11-9) over third-placed Nanterre in Pro-A. Meanwhile, Laurence Ekperigin had two points, six boards and four assists to help Poitiers (9-8) to a 100-76 Pro-B victory. In NM1, Eric Boateng posted a team-high 17 points and collected eight rebounds, although Blois (17-4) were beaten 73-70 to see their lead at the top cut to two clear games. Also, Gareth Murray netted eight points in a 76-64 loss for Angers (10-11).

Justin Robinson scored 13 points for Trikala at the weekend, but was unable to prevent a 68-83 loss in Greece’s A1 league, while Devon Van Oostrum scored his only points from 3-point range in another defeat for Arkadikos (4-14). In A2, Rob Gilchrist put up 15 points and 11 rebounds for a fine double-double to lead Peristeri GS (3-10) to a 68-55 win, while Fahro Alihodzic also enjoyed success after scoring 14 points in a 94-75 victory for Promitheas (11-5).

Elsewhere, in the Netherlands, Nigel Van Oostrum dished out nine assists to go with eight points in an agonising 74-75 defeat for Leeuwarden, while Jules Dang Akodo could not prevent a 67-81 loss for LTH Castings (9-4) in Slovenia despite his 11 points, eight rebounds and three assists. Shore Adenekan scored five points at the weekend after going 2-2 from the field in an 86-69 defeat for Iskra Svit (8-22), in Slovakia.

Keep up to date with how the leading the Brits overseas are getting on with our weekly round-up every Tuesday!