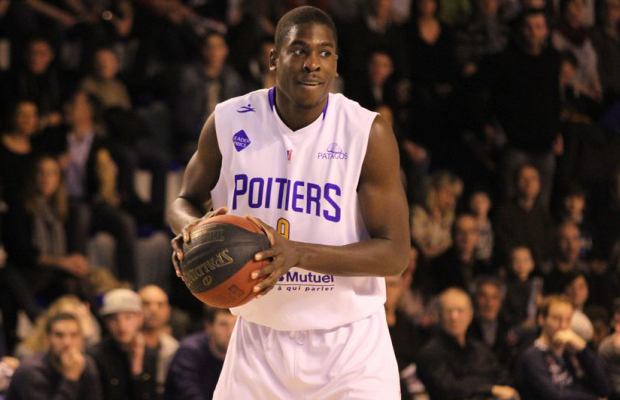 We take a look at how the top Brits overseas fared in the latest week of action around the globe.

Luol Deng continued his impressive form following the All-Star break, taking his run of consecutive double-doubles to five games. The 30-year-old had 16 points and 11 rebounds in a loss against the high-flying Golden State Warriors, whilst also scoring 15 points in his most recent outing on Sunday as Miami Heat (33-26) defeated the New York Knicks 98-81 at MSG.

Over in Mexico, Soles finished the regular season with an incredible 36-4 record after going back-to-back in their last two games this past week. Matthew Bryan-Amaning had eight points followed by 13, before he represented his team in the LNBP All-Star Game, while Aaron Geramipoor recorded 12 points as well as a 10-point, 10-rebound double-double.

Joel Freeland posted eight points and collected four rebounds as CSKA Moscow (22-2) suffered a rare defeat in the VTB, losing 88-94 at home to Lokomotiv Moscow following their midweek victory in the Euroleague. In Germany, Gabe Olaseni reached double figures with 10 points in an 87-72 win for Giessen 46ers (11-11) in the Beko BBL.

Following Leaders Cup action last weekend, Myles Hesson was back playing in the Pro-A at the weekend and posted eight points along with five boards in a comfortable 67-46 win for Dijon (12-9). In Pro-B, Laurence Ekperigin (pictured) netted 20 points after going 8-of-9 from the free throw line to help Poitiers (11-8) to an 86-94 road win. Gareth Murray finished with 10 points in a 76-56 defeat for Angers (12-12) in NM1, while Eric Boateng had a double-double of 14 points and 10 rebounds as Blois (20-4) maintained their lead at the top with a 71-67 victory.

Dan Clark went 3-of-3 from the field in a seven point display, although Andorra were beaten 83-72 on the road in Liga Endesa, while Andrew Lawrence scored his only FG attempt from downtown in a 79-87 loss for Gipuzkoa (4-17). Meanwhile, Christian Behrens has left Surrey Scorchers to join LEB Gold top-four side Burgos for the remainder of the season. In LEB Silver, Joe Hart scored six points in a convincing 82-68 win for Araberri (14-6).

In Greece, Ovie Soko put up 25 points and had 12 rebounds, while Justin Robinson dished out four assists to go with 10 points, but they could not prevent Trikala (7-14) falling to a 79-69 defeat on the road. Devon Van Oostrum had eight points, three assists and three steals as Arkadikos suffered an agonising 66-68 home loss in A1, while Fahro Alihodzic helped Promitheas (12-5) to a 59-60 success away from home in A2 with nine points and 11 rebounds.

Will Saunders and Kyle Johnson both scored eight points at the weekend as they had contrasting results in Italy’s Serie A2 with Saunders’ Angellico Biella (12-12) winning 64-73 on the road, while Johnson’s Novipiu Casale (11-13) were beaten 83-67. Elsewhere, Shore Adenekan is set for playoffs basketball in his rookie season with Iskra Svit finishing sixth with a 10-22 record in Slovakia’s top-flight.