Teddy Okereafor Has Career-High 38 While Breaking a Conference Record - Hoopsfix.com

Teddy Okereafor Has Career-High 38 While Breaking a Conference Record 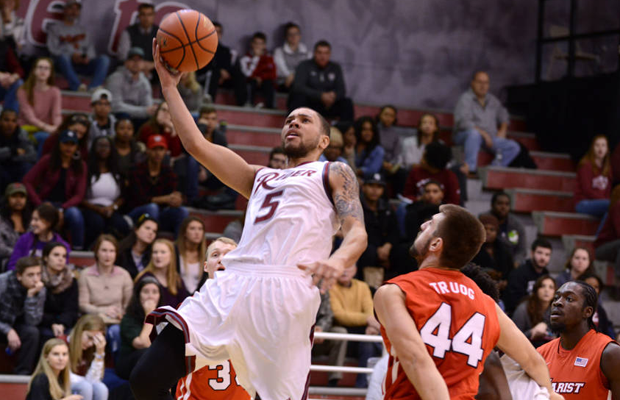 The victory ended a game three-game skid for Rider, as Okereafor scored eight of Rider’s 10 points in the second overtime. His 36 points is the most by a Bronc since Ryan Thompson scored 38 points against Hofstra in 2010. It’s his second career-high outing in the last week.

Okereafor missed the first of two foul shots with 1.2 seconds left in the second overtime, and accidently made the second free throw for the final score.

“That was fun,” said Okereafor, a Preseason All-MAAC selection. “We’re a resilient team and we really wanted to win this game.”

He added 7 rebounds and 8 assists, going 6 of 13 from the floor and 25 of 30 at the free throw line – both his makes and attempts are Metro Atlantic Athletic Conference records. The made free throw record has stood for 27 years, which was previously 21 by Troy Bradford in 1988.

“Just the way we drew it up, an exciting double overtime win for ESPN3,” said Rider head coach Kevin Baggett.

“Our guys did a great job battling back. We were in the mud for a great deal of the game.”