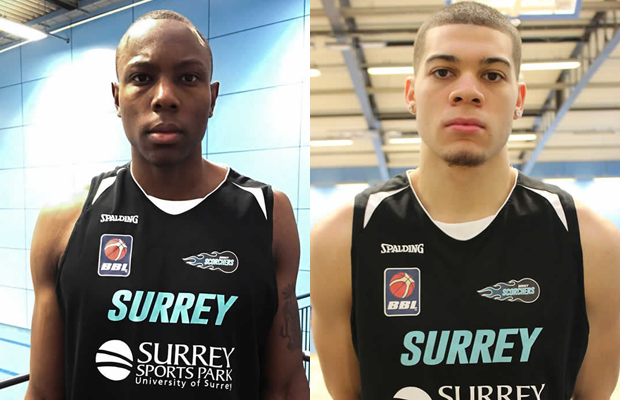 Surrey Scorchers have strengthened their squad with the additions of former GB U20s duo Allie Fullah and Jordan Williams.

Fullah started the season playing for hometown London Lions, while Williams had been out in Belgium in the second division on a short-term deal.

The Scorchers began 2016 with consecutive defeats at the hands of Worcester Wolves and Sheffield Sharks to leave themselves outside of the top eight with five wins from 15 league games so far.

Creon Raftopoulos felt the need to add to his squad, particularly following the loss of another former GB U20 in Will Neighbour, who will miss the rest of the campaign after requiring surgery on an injured shoulder.

“I am really excited to be bringing in a young British talent in Fullah,” he said. “I feel that he is one of the bodies that we have been missing.

“He is a great shot blocker and the sort of the player who wants to just get the dirty work done – something every team needs. I think the fans will love watching him.”

He added on Williams: “Jordan is a young, high energy, versatile English player with a strong body capable of playing as a guard or forward and can comfortably defend positions 2/3/4.

“He is also an aggressive rebounder on the offensive glass- an area we have to improve in.”

Fullah played in back-to-back Under-20 European Championships in 2008 and 2009, while Williams was on course to be in the 12-man GB roster at last summer’s Euros before injury struck.