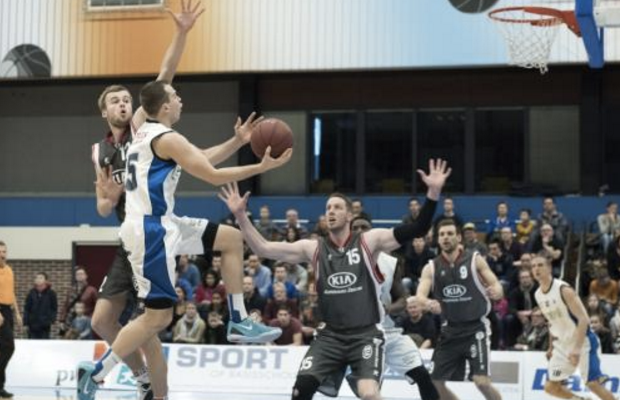 Here is our latest Brits Abroad round-up as we check in on the top Brits flying the flag overseas:

In the NBA, Luol Deng scored 17 points on 5-of-7 shooting in a 116-109 victory for Miami Heat over Portland Trailblazers, before adding nine in a narrow 92-93 loss at home to the Detroit Pistons. The 30-year-old forward is currently averaging 10.4 points and 4.3 rebounds per game with his side sat fifth in the Eastern Conference.

Joel Freeland scored seven points in 10 minutes of a comfortable 66-86 road win for CSKA Moscow in the VTB league having contributed 10 points and six rebounds to their 76-88 Euroleague victory away at Unicaja Malaga in mid-week.

The wins keep on coming for Matthew Bryan-Amaning and Aaron Geramipoor at Soles (21-1) in Mexico with MBA pouring in a combined 45 points in back-to-back victories over Indios. In Iran, Ryan Richards scored five triples in a 38-point haul as Gorgan (7-6) fell to a 93-90 overtime defeat on the road.

Gabe Olaseni had a strong night on Tuesday after scoring a season-high 21 points on 7-of-9 shooting from the field and 7-of-8 from the line, whilst adding 13 rebounds including nine offensive for an impressive double-double as Giessen 46ers (6-8) earned a 74-69 win in the German BBL.

In Italy, Ashley Hamilton had another strong showing in Serie A2 after posting 26 points and 12 rebounds in an 88-70 road defeat for Matera (2-11) in what turned out to be his last for the club after joining Greek A1 side Lavrio. Also, Will Saunders had six points and six rebounds as Novipiu Casale (8-5) were beaten 82-67 away from home.

Devon van Oostrum netted four triples on his way to a game-high 21 points, although Arkadikos (3-8) suffered an agonising 88-89 home defeat in the top-flight in Greece. Elsewhere, Ovie Soko finished with 21 points, eight rebounds, five assists and five steals in a huge all-round display for Trikala (4-7), but it wasn’t enough to prevent an 82-67 road loss with Justin Robinson adding five points.

Fahro Alihodzic came out with the win in the battle of two Brits in Greek’s A2 league this past weekend after scoring 20 points and adding eight boards in a 69-73 win for Promitheas (8-3) over Peristeri Athens (1-8) with Rob Gilchrist posting a 12-point, 11-rebound double-double in a losing effort. The display came after Gilchrist had recorded a monster double-double of 24 points and 16 rebounds in his previous outing.

Andrew Lawrence scored eight points in seven minutes off the bench to help Gipuzkoa (1-10) to their first win in Liga Endesa as they defeated CB Canarias 72-74. In LEB Gold action, Ben Mockford scored all of his 15 points from downtown to lead Caceres (6-8) to a much needed victory.

Nigel van Oostrum dished out an astonishing 15 assists in an 83-81 win for Leeuwarden (5-7) in the Netherlands, while Ali Fraser contributed six points and seven rebounds to their success. In Iceland, Chris Caird scored nine points and added five rebounds as FSU (2-9) fell to a 107-80 defeat in their final league game of 2015.

Finally, Liam Potter netted 17 points on 6-of-8 shooting from the field along with six rebounds as Svendborg (8-6) recorded a 103-76 victory in the Danish top-flight, and Jules Dang Akodo scored 12 points as LTH Castings (5-2) slipped to a 73-90 defeat at home, in Slovenia.