Around the NBL - Week 6 - Hoopsfix.com 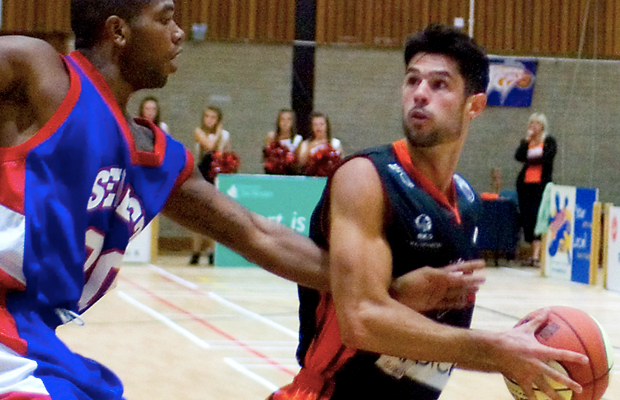 Check out our latest round-up of the NBL as we look through all the action across all divisions and competitions.

The final two quarter-final places in the National Trophy were confirmed at the weekend after victories for Bradford Dragons and Worthing Thunder secured their spots. The Dragons ended a losing run by edging out Derby Trailblazers in a deciding game as Nick Moore netted the game-winner to finish with 33 points in his side’s 86-85 victory. Henri Bongoma added 29 points in the win, while Sydney Donaldson’s 30 points were not enough to send Derby through.

Worthing punched their last eight ticket with their third win of the competition as they defeated Essex Leopards 92-85 in the South Group behind 31 points from Tom Ward (highlights below). Westminster Warriors made sure of a home quarter-final with a 94-98 overtime victory at Hemel Storm, while London Lituanica cruised to a 90-63 success against Kent Crusaders despite 25 points from Obi Agu.

Elsewhere in the North Group, Lancashire Spinners signed off pool play with a perfect 6-0 record as Connor Murtagh top scored with 22 points in a 70-85 win at Tees Valley Mohawks to leave the home side winless. The final game saw Manchester Magic wrap up a home quarter-final in the battle for second place against Team Northumbria as they prevailed with a 75-77 victory to finish with a 5-1 record.

“This was a much better performance,” said Ipswich Head Coach Nick Drane. “I said all along that when the league games start, people will see the real Ipswich. Leigh and Sam were both outstanding today, when those two are playing at that level we will be tough to beat.”

Nottingham Hoods also made a winning start to D2 with a 72-62 win at home to Loughborough Student Riders with Lucasz Siczek scoring 22 points. Brixton Topcats claimed an opening 52-49 win over London Westside as they withheld a late fightback, while two other games were either postponed or abandoned.

Doncaster Danum Eagles (3-0) made it three straight wins in Division 3 North as they saw off City of Sheffield Saints (2-1) 70-90 away from home. Matthew Martin had a game-high 23 points, while Oliver Hylands added 20 in the win. Myerscough College (3-0) are also still unbeaten at the top after their 64-84 win at Tees Valley Mohawks II (0-2). Mansfield Giants (2-1) claimed their second win in a row after they beat Team Birmingham (1-2) 91-85 behind 35 points from Mike Buffalo and a further 26 from Calvin Morant-Hudson.

Elsewhere, Newcastle Under Lyme College Knights (1-2) picked up their first win as Kieran Jones scored 31 points in a 90-81 victory over Sefton Stars (1-2). Team Birmingham (1-2) were another side to register their opening win as they eased to a 50-70 success at Leeds Force Academy (0-3).

In D3 South, Thames Valley Cavaliers (3-0) maintained the only perfect record in the division with a 53-77 victory away at Brentwood Fire (1-1). Oxford Brookes University (1-2) ended the unbeaten start of Middlesex LTBC (2-1) by claiming their first win with an 84-76 triumph at home. Sarunas Antanavicius had 33 points for the visitors, but Oxford were led to victory by Abdoulaye Sylla’s 37 points.

Brunel Ducks (2-1) improved upon their good start as they defeated Barking Abbey Crusaders (0-3) 59-71 on the road with the visitors paced by 17 points apiece from Benji Lawmann and Korry Callum. Plymouth Raiders II (1-1) denied Loughborough Student Riders II (2-1) a third straight win after edging to a 75-74 success, while Northants Taurus (1-2) held on to beat Barking & Dagenham Thunder (1-2) 61-57 for their first victory.

Team Newcastle University continued the defence of their National Shield title with a 107-65 win over Tees Valley Mohawks II behind 28 points from Brian McCotter and 27 from Tayo Oyefusi. Thames Valley Cavaliers advance to the Third Round after their 89-68 home win against Woking Blackhawk Flyers as Martelle McLemore and Ben Clarke added 21 points apiece.

Sussex Bears claimed a 54-67 win away at Team Solent to set up a road encounter with Middlesex LTBC in the next round after they saw off Folkestone Saints 84-75 with Marius Ceponis netting 35 points in the win. Abdoulaye Sylla had another big game for Oxford Brookes University after pouring in 34 points in their 94-85 win at home to London United, while Oliver Hylands hit 30 to lead Doncaster Danum Eagles to a 104-85 success over Gateshead Phoenix.

Newcastle Under Lyme College Knights recorded a convincing 95-59 victory over Birmingham Mets, and they will meet Myerscough College next after their 77-72 win against University of Chester. Mansfield Giants were beaten 75-95 at home to Team Birmingham, while Loughborough Student Riders II advanced with an 87-71 triumph over Coventry Tornadoes. Brunel Ducks edged past Greenwich Titans 91-88, led by Benji Lawmann’s 28 points, while Barking & Dagenham Thunder claimed a 65-67 overtime victory at Kings Lynn Fury and Bristol Academy Flyers II defeated Swindon Shock 64-57.

The NBDL continued this past weekend and Nottingham Hoods II (1-0) claimed their first win in the North-East group as they defeated Derby Trailblazers III (1-1) 54-44. Gateshead Phoenix (2-0) recorded their second win with a 76-96 victory at Sunderland City Predators (0-2).

In the North-West, Manchester Magic II (2-0) claimed their second straight win by beating Kendal Warriors (0-2) 57-66, while Calderdale Explorers (1-0) began their league campaign with a first victory as Nat Akins scored 30 points in a 77-55 win against Liverpool II (0-2). Meanwhile, Blackburn College Spinners (1-1) fell to a 50-55 defeat against Prestons College Titans (1-1).

Sussex Bears (1-0) opened their season with a dominant 81-43 victory at home to Reading Rockets II (0-2) in the South, while Kent Crusaders II (2-0) continued their winning start with a 91-70 win against Woking Blackhawk Flyers (0-2).