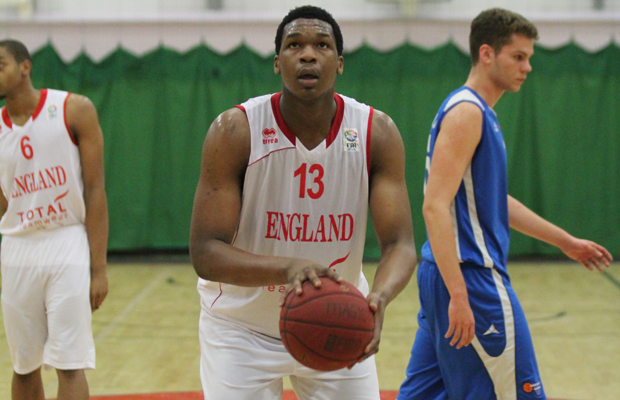 England Under-18 and former Peckham Pride big man Samuel Japhet-Mathias (’98) has verbally committed to Wake Forest for the 2016-17 season.

The 6’11” centre, who has returned to England after a season in the US at Vermont Academy, made the decision after his first official visit last week.

“I am very excited to announce that I am committing to the Wake Forest Demon Deacons for the class of 2016,” the four-star rated prospect said in a statement on MadeHoops.

“I decided to choose Wake Forest because I trusted myself with my decision and the coaching staff that I will progress there. I know nothing will come easy and that it will be a tough transition, but I couldn’t be more ready to take it all on and start up a new and exciting journey for myself.”

Japhet-Mathias was a member of the 2015 Vermont Academy AA Finalist team and a backup on the PSA Cardinals this EYBL summer, opting for AAU instead of the European Championships with the England Under-18s, who he was with at Haris Memorial Tournament over Christmas.

Playing in 11 games this spring and summer, Japhet-Mathias averaged 13 minutes a game and put up 4.1 points and 3.3 rebounds per game.

This season Japhet-Mathias will not play national league, only suiting up for City of London Academy in the EABL, while focusing on his studies to ensure he is eligible after reclassifying back to the Class of 2016.

Read a full scouting breakdown over on SBNation.

Hoopsfix wants to wish Sam all the best with his college career!