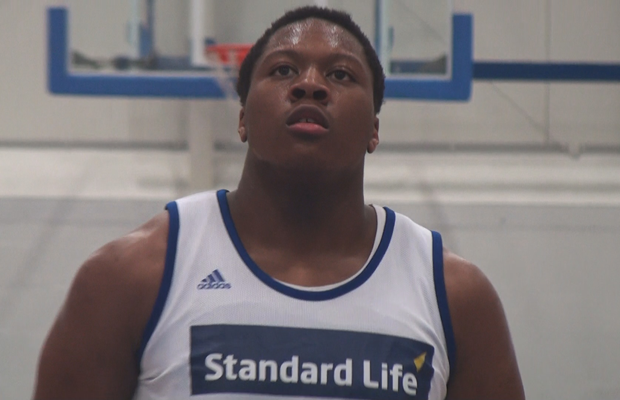 David Akibo has signed his letter of intent with NCAA Division 1 school Maryland Eastern Shore ahead of the upcoming season.

The London-born forward had been playing at JUCO side Seminole State College and averaged 12 points and 8 rebounds per game as a sophomore for the Trojans last season.

Previously, Akibo spent his freshman year at another JUCO side Palm Beach State before transferring prior to the start of the 2013-14 campaign.

Akibo is one of many Barking Abbey alumni who have gone on to have college careers in the U.S. and current Director of Operations, Lloyd Gardener, expressed his pride regarding the switch to D1.

“We’re incredibly proud of David,” he said. “There has never been any doubt of his talent levels, and to see him achieve his goal of a Division 1 scholarship is fantastic. We wish him all the best at Maryland Eastern Shore.”

UMES compete in the Mid-Eastern Athletic Conference and finished last season with an overall 6-24 record.

Akibo was one of the final cuts to GB’s U20 squad for the 2013 European Championships having made the initial roster.

Check out some of Akibo’s highlights from earlier in the year: