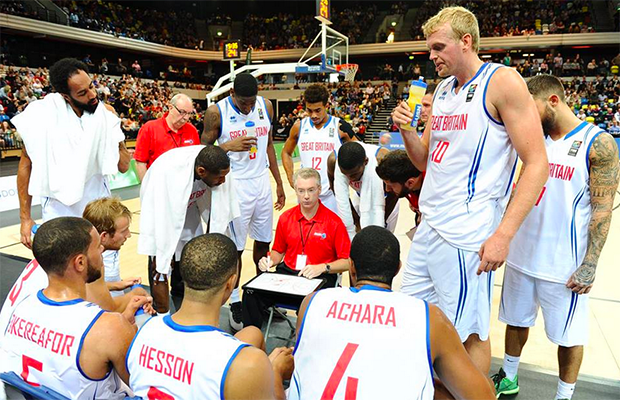 FIBA presented the new system of competition that starts from 2017 at a press conference held in Lille, on Tuesday.

Qualifiers for each major FIBA competition will take place in a 15-month cycle with National Teams playing regular home and away games in order to make them more appealing to investors.

“It will offer more opportunites for emerging countries and players; more potential for commercial partners to be associated with National Teams,” explained FIBA Sport and Competitions Director, Mr Predrag Bogosavljev.

This all starts in Europe and the rest of the world from November 2017 with the Qualifiers for the 2019 FIBA Basketball World Cup, in China. Teams in Europe will be split into Division A and Division B for the Qualifiers and it will be the same case for the 2021 FIBA EuroBasket Cup (name change from EuroBasket).

The importance to make it into Division A will become significant with GB wanting to place themselves amongst the European elite otherwise they will miss out on top major competitions.

GB qualified for three consecutive European Championships between 2009-13 and also played as hosts at the 2012 Olympics, but failed to qualify for the current EuroBasket 2015 and next year’s Olympics in Rio.

“There is no doubt that the national teams are the locomotive of European basketball,” said FIBA Europe Executive Director, Kamil Novak. “Today only a few countries are lucky enough to see their teams play at home if they are hosts of tournaments.

“This will change with the new calendar system where fans will have the opportunity to support their national team at home on a regular basis, in a clear lead up to FIBA flagship events.”

FIBA also confirmed that they will be meeting with the National Federations in the coming months.