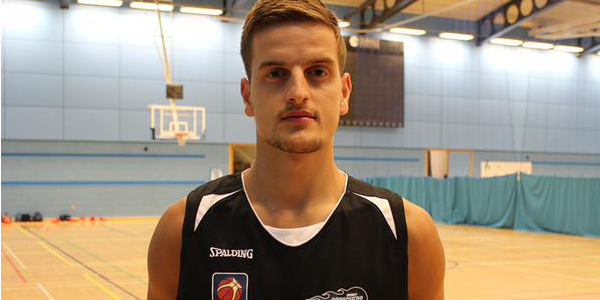 Elvisi Dusha will remain in Surrey next season after joining league newcomers Surrey Scorchers for the 2015-16 season.

The Scorchers completed their takeover from Surrey United earlier in the summer, and Dusha had been their captain for the past two years.

The 21-year-old point guard has played in 67 BBL league games with career averages of 8.7 points, 3.9 rebounds and 3.7 assists per game.

Dusha became the league’s youngest captain when he was given the role by United Head Coach Jack Majewski with the pair having worked together at London United.

He became a crowd favourite with the Surrey Sports Park crowd and continues to grow his game having gone up against vastly more experienced guards during his time in the BBL.

“Elvisi is a great talent,” said Scorchers Head Coach Creon Raftopoulos. “He has a passion for the game and is ready to continue learning and developing as a player.

“I want to sign players who will respect one and other and uphold their responsibilities on and off court. Elvisi is well liked within the Surrey crowd and I know that his signing will be popular with our fans.”

The Scorchers roster is close to completion with captain Tayo Ogedengbe signed up alongside US imports Nick Schlitzer, DJ Felder and Desmond Lee with Andreas Schreiber another newcomer.

Check out Dusha’s interview with the Scorchers below: