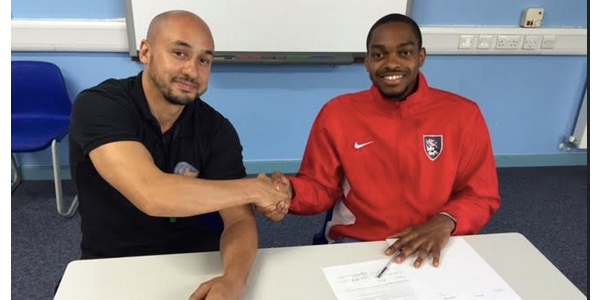 Ubiaro played for Westminster Warriors in Division 1 of the NBL (National Basketball League) last season and averaged 9 points per game over the course of the campaign, whilst also competing for City of London Academy.

He heads to the US to play for the Tigers, who once had recently-turned pro Chris Caird on their roster before he moved on to Drake.

“First of all, I’d like to thank everyone at CoLA for an amazing two years,” said Ubiaro. “It’s a great place that has certainly prepared me for the next chapter of my life.

“I chose Marshalltown from the three schools that offered me as I feel I will fit the system well – they have an outstanding record of helping players move on.

“I also just generally had a good feeling about the situation Coach (Brynjar) Brynjarsson offered me. Now I’m so excited to get out there and get to work, I feel truly blessed.”

The 6’1″ represented England at the 2013 U16 European Championships and had been part of the under-18 side that played at the 2014 Haris Tournament – leaving his mark with back-to-back posters on the break (see below).

Ubiaro was more recently amongst the top junior talent that took part in the recent Hoopsfix All-Star Classic having been selected to play in the under-19 game.

Check out some of his recent highlights below: