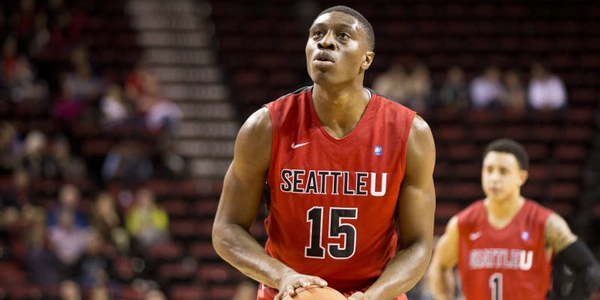 Shore Adenekan has signed his first professional contract after joining Swedish top-flight side Umea for the 2015-16 season.

The 6’9″ forward graduated from Seattle University after finishing his senior year with averages of 4 points, 3.5 rebounds and 0.5 blocks per game in 26 appearances.

Adenekan started his college career at Lamar Community College where he averaged 10.5 points per game along with 8.1 rebounds before commiting to the NCAA Division 1 school.

In his first season with Seattle, the Londoner started half of his 30 games and recorded a career-high of 16 points against UC Davis.

Adenekan is a former GB under-20 player and just missed the cut ahead of the 2011 European Championships.