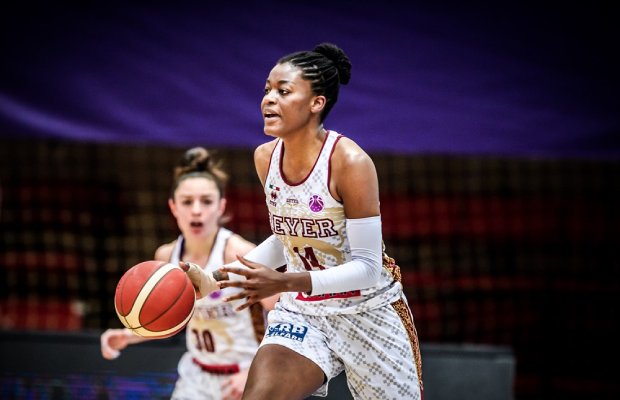 The GB star finished with four points, eight rebounds and an assist in the tense 63-58 success with the Italians now awaiting the winner of Valencia and Carolo.

Fagbenle averaged 9.2 points, 6.2 rebounds and 3.8 assists ahead of the weekend’s action with key all-round displays throughout the competition.

The 28-year-old is a former WNBA champion and has also won silverware overseas with domestic triumphs in Poland and Spain, respectively.

Fagbenle would join Jo Leedham-Warner in winning the EuroCup competition, with her GB teammate victorious in 2016 with Bourges.