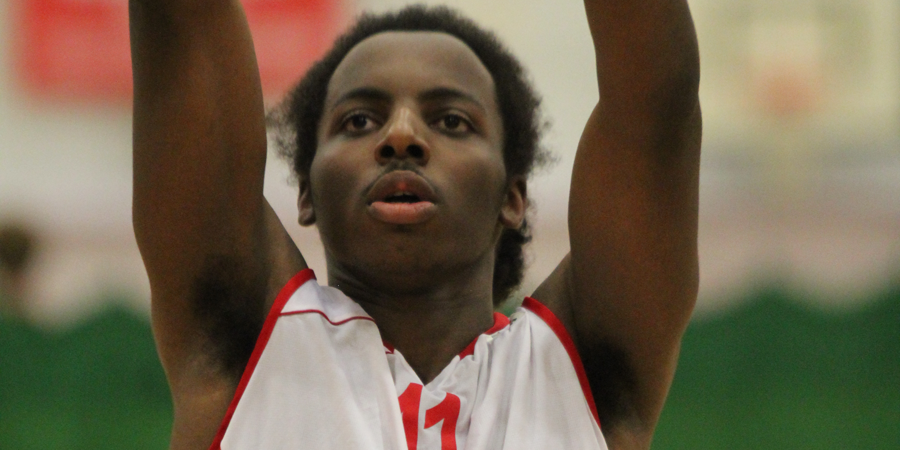 England under-18’s claimed their second straight win at the European Championship in Austria after beating Bulgaria 73-54, on Saturday.

Karl Brown’s side drop improve to a 2-1 record in Group A as they keep their hopes of reaching the last eight alive with a pivotal 20-0 run coming in the fourth.

Aidan Gastaldi-Davies top scored with a game-high 17 points, while Carl Wheatle (pictured) had a monster game on the boards with 16 rebounds to go along with 10 points and three assists.

Kyle Carey continued his strong scoring start to the tournament with a 14-point haul while Henri Langton and Calvin Nevill-Kintu also reached double figures with 13 and 10 points respectively.

England made another fast start as they raced into a 9-2 lead after Luke Mitchell connected with the game’s first 3-pointer.

Bulgaria closed within two points, but England were able to stay in front with an 18-14 advantage at the end of the first.

Gastaldi-Davies netted three times from deep in a 13-2 burst from England as they opened up a double-digit lead midway through the second.

A strong finish to the half from Bulgaria saw them reduce their arrears with England’s lead now at seven at 37-30 heading into the break.

When play resumed, England restored their double-digit advantage with an 11-3 start including the first six points from Wheatle.

However, Bulgaria responded with an 11-0 run over the next four minutes with England now taking a four-point lead into the final quarter at 48-44.

The gap was just a single point as Buglaria scored twice from downtown either side of another long range effort from Gastaldi-Davies.

England put the clamps on their opponents as they kept Bulgaria scoreless for well over seven minutes whilst scoring 20 unanswered points to wrap up the victory with Carey scoring 8 during the run.

England were clinical on the fast break with 25 points whilst scoring 16 points off of their opponents’ turnovers.

England continue their Division B campaign tomorrow when they take on the undefeated Switzerland at 2:45pm (UK time).