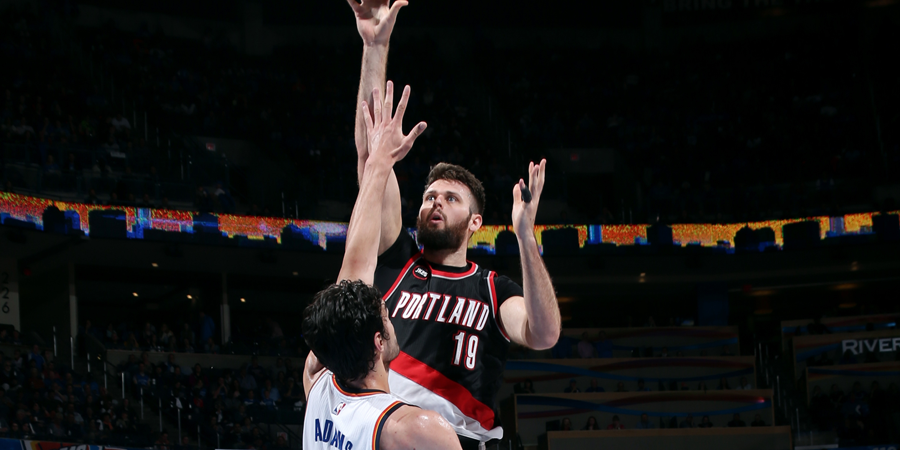 Check out Joel Freeland’s highlights from his final season with the Portland Trail Blazers (2014-15).

The GB forward’s NBA stint has come to an end after he signed a two-year deal with Russian champions, CSKA Moscow.

Freeland suffered an injury that derailed his spell in the starting rotation for Portland at one stage as he scored a career-high in points, rebounds and also registered a maiden NBA double-double.

The 28-year-old finished the season having played 48 games with averages of 3.5 points and 4 rebounds per outing in 12.9 minutes per game.

Freeland competed in a total of 151 games in the NBA and now returns to Europe to once again compete in the Euroleague with one of the top-ranked teams in the competition.

Really excited to start this upcoming #season with @CSKABasketball. Can't wait to be part of this amazing organization.

I'd like to say thank you to the amazing @trailblazers fans & the incredible organisation. 3 unforgettable years! #RipCity