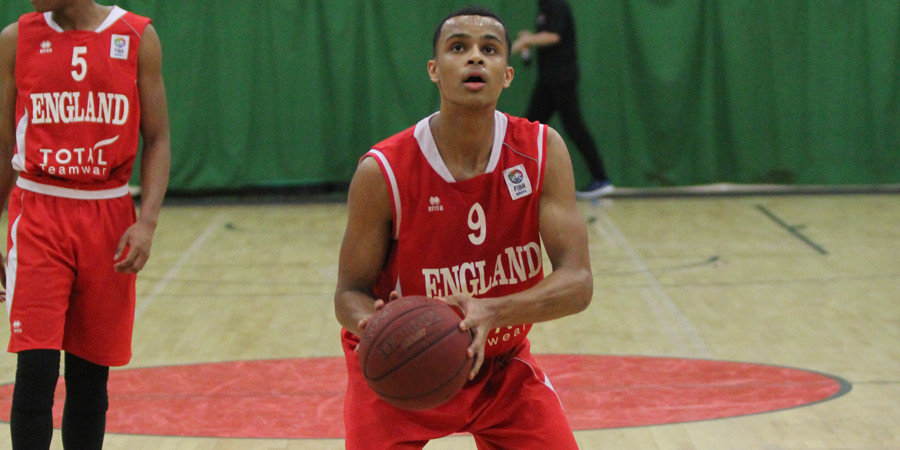 England under-18’s suffered back-to-back defeats to Slovenia in a preparation series ahead of this summer’s European Championships.

Karl Brown’s side coughed up 28 turnovers in a 58-45 loss on Wednesday before going down 99-74 in the second of the two-game series today (Thursday).

England got off to a slow start to the opening game, and found themselves trailing by as many as 25 points at one stage. They fought back in the second half to win the third and fourth quarters, but the damage had already been done as they lost 58-45.

Kyle Carey – MVP at the U19 Hoopsfix All-Star Classic Game in May – top scored with 15 points on 7-8 shooting from inside the arc as England struggled to find their range from deep, going 2-15 collectively.

In the second game, England had a better FG % than their opponents, but were out-rebounded 41-26 and outscored in every quarter as they were beaten by 25 points.

Danny Evans led the visitors with a game-high 23 points which came on 9-10 shooting from the floor including 5-6 from 3-point range. Henri Langton added 15 points and Carey had 14 after again making seven of his eight two-point attempts.

Last summer’s U16 captain Carl Wheatle neared a double-double with 9 points and 7 rebounds with the Biella forward logging heavy minutes with 30+ in each of the two encounters.

England will be in Group A at the U18 European Championships in Austria next month alongside Poland, Albania, Bulgaria, Switzerland and Estonia.