Ryan Richards Heads to China to Sign For Guangxi Rhinos 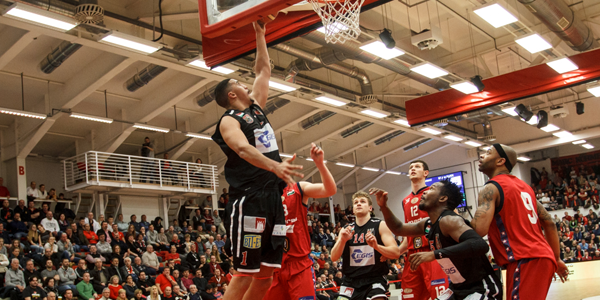 Ryan Richards will play in the Chinese National Basketball League (NBL) next season after signing a deal to play for Guangxi Rhinos, his agent announced.

The 24-year-old played for three different teams last season with spells in Austria and Hungary before finishing the season in Iran – winning the Superleague with Azad and helping them reach the playoffs finals.

Richards began the 2014-15 season by averaging 20+ points per game in a short spell for Zepter Vienna before moving across the border to Kormend to put up 22.3 points and 8.8 rebounds per game in 26 appearances as well as competing in the EuroChallenge.

Guangxhi Rhinos finished fifth in the NBL regular season before going on to win the playoffs title with a 3-0 sweep in the finals.

Richards’ global pro career tour continues having also played in other countries such as Poland, Georgia, Switzerland, Greece and the UAE.

The 7’0″ forward/center was drafted by the San Antonio Spurs in 2010 and was a former GB U20 international.