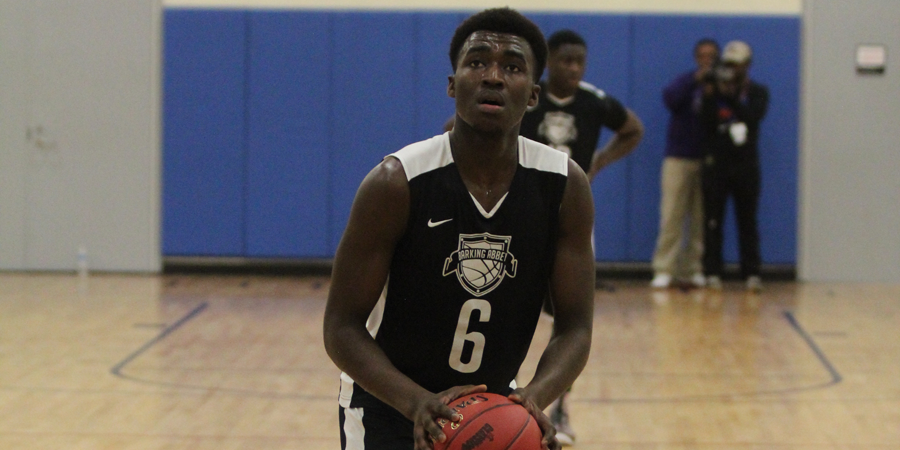 England under-18 international Akwasi Yeboah believes Kent Crusaders have what it takes to go all the way and claim victory at this weekend’s Final Fours.

The 1997 born forward is one of many young stars on the Kent squad, after Crusaders partnered with GB Regional Institute, Barking Abbey last year to give their best players an opportunity to compete in Division 1. Yeboah is eagerly awaiting the chance to shine in Sheffield.

“I’m really ready for it,” he said. “We’ve had a good week of practice and we’re all excited about what we can do, because we believe we can win the whole thing.”

Kent pulled off another impressive turnaround in last weekend’s quarter-final as they recovered from a 12-point deficit heading into the fourth to beat Reading Rockets, 63-61. The squad have garnered the nickname the ‘Comeback Kids’, having had numerous come from behind victories this season, led by Head Coach Lloyd Gardner who has long been one of the most underrated coaches in the country.

Yeboah led the way in the victory with 19 points and 6 rebounds to help his side advance.

“It meant a lot to get the win, and make the Final Fours,” the 17-year-old said. “Especially for us being a really young team; being able to compete in Division 1 at the top is a very big achievement not only individually, but also for the club.

“We were playing through adversity, but having to fight to get back and win games is something we knew we could do. We had to keep playing hard. We made some key shots in the final quarter, our defence was strong, and we never stopped fighting.”

Yeboah admits that the success of his side as well as his own performances have come as a bit of a surprise this season.

“At the beginning of the season, nobody expected us to do this well, not even us,” he said. “We didn’t think we would get this far, but as soon as we started winning some games, we got more confidence and really believed.

“Even players who didn’t play a lot at the start have gone on to play key roles for the team and that’s important. We’ve all stepped up, playing against older, more experienced players.”

According to Basketball England’s statistics, Yeboah averaged 12.7 points and 5.4 rebounds per game during the current campaign with a season-high of 21 points coming twice, against Bradford Dragons and Saturday’s semi-final opponents, Essex Leopards. 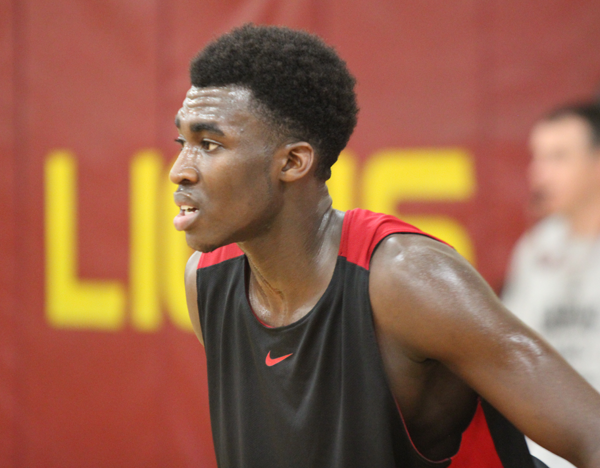 The 6’5″ forward has logged heavy minutes over the last few weeks, signifying his importance in the closing stages of the season. And Yeboah feels that he has grown as a player as a result of competing in D1.

“The physicality and pace of the league have definitely helped me improve a lot,” he said. “It’s helped me to become more tough, and I’ve also had to develop and get better at my decision-making because that’s a big factor.

“I’ve been very pleased with how I’ve played. I had a slow start, but the hard work pays off and I didn’t expect to play as well as I have.

“The coaches have really helped me, too,” he added. “The technical and tactical aspects of my game have improved with their help. Lloyd (Gardener) and James (Vear) have been a really big factor on the court, and in individual sessions.”

Kent’s roster also features the likes of Josh Steel,  Calvin Nevill-Kintu, Nathan Smith and Karolis Kundrotas – all likely to head to the US on scholarship next season – amongst their array of young talent all holding their own in the country’s second tier. And Yeboah claims that no team can keep up with the young Crusaders over the course of 40 minutes.

D1 champions, Essex stand in their way of playoff glory as the two teams clash in Saturday’s first semi-final. The meetings in the league were won by the home side, while the Crusaders also claimed two wins in the National Trophy, although only one counted as BE ordered a replay of the original game.

“It’s going to be another tough, physical game,” Yeboah said. “We know we have a good chance of beating them, because we’ve obviously shown that in the regular season with 3 wins out of 4.

“We have to make sure we play high-level defence for the full 24 seconds each possession, and win the rebound battle because that will be key as well.”

The confidence and belief is there, and Yeboah is looking for the perfect finish to cap a positive season – one that will undoubtedly be his last in the UK with a host of US colleges ranging from NCAA Division 1 and 2s to JUCOs, showing their interest in him.

“It would mean a lot to me, to be able to say I’ve played in a D1 Final and won it. It would be a great achievement that would look good on my basketball profile.

“We definitely have the belief that we can do it.”