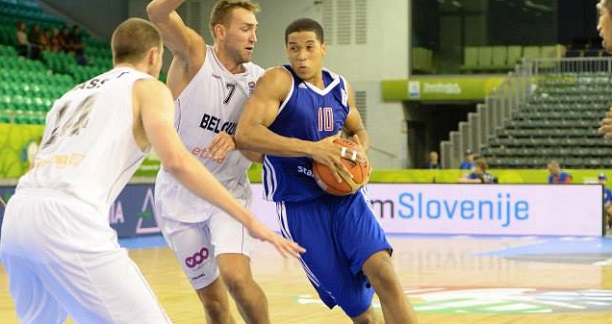 Each week, we’ll take a look at how various British players overseas are doing throughout their campaigns. Most started their seasons this past weekend, although a few already have a few games under their belt.

Myles Hesson continued his rise up the ranks in Germany by joining BBL side Eisbaren Bremerhaven and the 24-year-old scored 11 points on season debut in a narrow defeat before adding 9 points and 5 rebounds as his new side recorded their first win on Sunday, beating Phoenix Hagen 85-84. Matthew Bryan-Amaning is also suiting up in the German top flight, with Ludwigsburg and after featuring in just four minutes in the season opener, he scored 3 points in an 11-minute cameo in a 93-78 defeat against the Bundesliga champions Bayern Munich.

Devon van Oostrum made his debut for KK Cibona, having joined on loan from Laboral Kutxa, and recorded 6 points and 2 assists in 12 minutes in an 85-80 opening day loss in the Adriatic League. DVO’s older brother Nigel van Oostrum made his pro debut in Holland’s top flight, with 3 points and 4 rebounds as Zen Helder (0-1) lost their opener.

Dan Clark was another to suffer a season-opening defeat as his new side, Fuenlabrada, went down 73-54 against Bilbao in the ACB. The GB Senior forward started and scored 7 points whilst collecting 5 rebounds in the loss. Elsewhere in Spain, Ben Mockford was given the start on his professional debut and scored 11 points in Caceres’ 73-67 defeat to Zornotza in the LEB Silver.

Ben Allison helped Ourense get off to a winning start in LEB Gold after producing 7 points and 10 rebounds from the start in a convincing 71-47 victory. Also in LEB Gold action, Mo Soluade scored 4 points off the bench as Clinicas Ricon (0-1) fell to a heavy defeat while Joe Hart also suffered an opening loss with Penas Huesca (0-1) despite scoring 11 points on 3-6 shooting from 3-point range.

Ryan Richards helped Zepter Vienna (3-0) maintain their perfect start after leading his side to victory with a game-high 27 points along with 9 rebounds. In Japan, Dzaflo Larkai made his debut for Yokohama (1-1) as they split their first two games of the season. After scoring 13 points in the season opener, Larkai followed that up with a double-double of 15 points and 15 rebounds to help his side bounce back with a win.

Orlan Jackman continued his fine form for Iserlohn having guided them to promotion last season, the forward played a key role in their 2-0 start this season. In the opening game, he contributed 25 points and 9 rebounds before adding 12 points to complete a successful double-header. Rob Gilchrist‘s Karlsruhe (1-1) shared their opening two games with the rookie contributing 6 points and 8 rebounds off the bench in his side’s first victory, on the road.

Another Brit in Pro-B action was Clayfell Harris as his new side Itzehoe (1-1) also split their opening double-header. Harris neared a double-double with 9 points and 9 rebounds in an 81-68 win before scoring 9 points again in the second game.

Ovie Soko made his pro debut in the French Pro-B with Boulazac and had 18 points and six rebounds during their 75-80 loss to Monaco.

Finally, Luol Deng made his first outing for Miami Heat in a pre-season defeat against the New Orleans Pelicans – finishing with 4 points, 3 rebounds and 2 steals in just over 24 minutes.