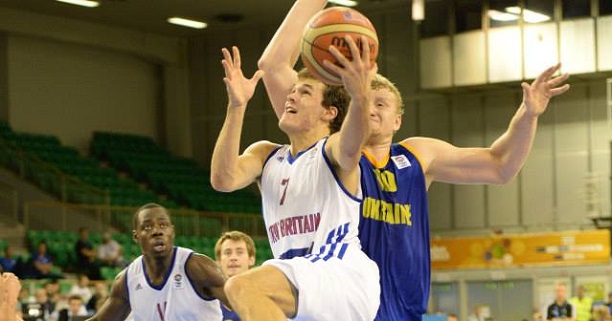 Once again, GB have been hit with several absentees, including last year’s starting point guard Andrew Lawrence, and Van Oostrum is expected take on that role in Joe Prunty’s starting five, something that the rising star will relish.

“I definitely think that with players missing and others being unavailable my role has to increase and I know that I need to step up for the team,” he said.

“I’m hoping to play at the same level as I did at EuroBasket last year because I definitely made a step forward and this year I need to do that again. This tournament can really give you a chance to make a name for yourself. If I play well in the qualifiers then I feel like I could be an important player in this team next year.”

The Laboral Kuxta guard had a summer to remember in 2013 having made the GB senior squad for a major championship for the first time, not long after winning the MVP award at the U20 European Championships.

He was a key part of the squad at last year’s EuroBasket squad that held their own and narrowly missed out on the second round after finishing with two wins out of five.

And Van Oostrum is confident that they will be able to secure qualification for next year’s EuroBasket whilst recognising the strength of opposition that GB will face over the next few weeks.

“We play against Bosnia and they have a great coach and great players and Iceland are a talented side as well but I think we can beat them both and qualify. Obviously we’re hoping to win each game that we play and finish first so that we get a good group spot at EuroBasket and the goal for next year will be to get out of the group.”

“It’s really important that we do qualify,” he added. “With everything going on in the background with funding issues, it’s vital that we go through and, for us as well, we’re desperate to compete in next summer’s tournament so we’re to give it all that we have in the qualifiers.”

GB’s qualification quest begins on Sunday with a trip to Iceland before they host Bosnia at the Copper Box Arena on Wednesday ahead of the return fixtures. The top two in the group will secure their place at next year’s tournament.