Kingsley Okoroh Signs with University of California at Berkeley - Hoopsfix.com

Kingsley Okoroh Signs with University of California at Berkeley 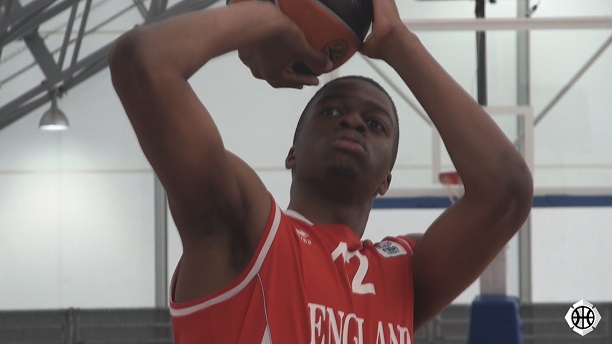 Kingsley Okoroh has signed his National Letter of Intent to NCAA Division 1 school University of California at Berkeley.

The 7’1″ big man from Derby has spent this season at West Wind Prep school in Arizona, averaging 16 points, 12 rebounds and 8 blocks per game, after moving there from Findlay Prep the season before.

Originally he had committed to University of Tennessee but after Coach Cuonzo Martin decided to leave for Cal, Okoroh followed suit, opting to stay loyal to the coach who has pursued him all season.

“I chose to join the University of California at Berkeley due to the relationship I had with both the head coach Cuonzo Martin and the assistant coach Tracy Webster,” said Okoroh when talking to Hoopsfix.

“They had been recruiting me right at the start of this year and I felt that I could work well with both of them. My head coach at West wind Jai Steadman is very good friends with the both of them and has known them for many years and also knows that I will fit in well with their system. The university itself is known for its academic excellence and I feel like I can fit in with the program being a student athlete.”

Okoroh, an elite shot blocker who has been part of the England junior national team programme since he was 14, is looking forward to the challenge of the PAC 12. He averaged 8.9 points, 8.1 rebounds and 2.2 blocked shots for England Under-18s in the Division A European Championships last summer, helping them to an eighth place finish.


“I can’t wait to play high level college basketball in the PAC 12 conference competing against the top teams on the west coast,” he continued. “Also, I am looking forward to meeting new people and exploring the San Francisco area.

“I’d like to contribute straight away and bring my defensive presence to the team. The goal is to try and win the conference and make the March Madness tournament and hopefully I can have some part in doing so.”

Okoroh is currently back in the UK preparing for next season, he added it is too early to say whether or not he will be involved with the GB U20s this summer, having received no invite as yet.

Okoroh also had offers from the likes of SMU, Nebraska, Oakland, Utep, and Marist.

Hoopsfix wants to wish Kingsley all the best with his college career!