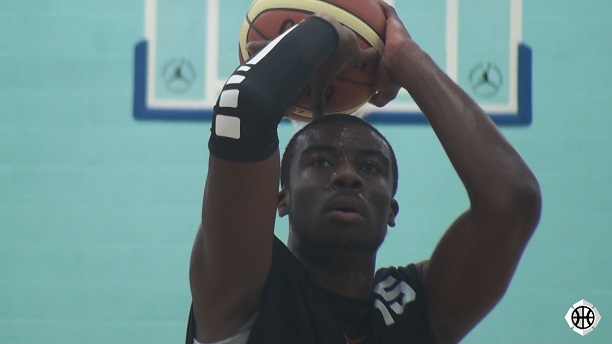 The 6’9″ 243lb centre originally from Milton Keynes, will have two years of eligibility remaining when he joins the Islanders.

“With Zane Knowles’ graduation, we knew we had a big hole to fill at the 5,” head coach Willis Wilson said. “Chris is a young man that can physically battle in the trenches and has a nose for rebounding the ball. He has the potential to be an impact big man in the Southland Conference.”

At Corpus Christi, the 1993 born big man will join fellow Brit Dale Francis, who has just completed his sophomore year.

“There were a lot of things that helped me made my decision to be a Islander,” said Tawiah. “I was really impressed by the campus, the coaches there are really genuine and enthusiastic. During my visit I really felt as though I was part of a family. the players really welcomed me to the team and answered every question and concern I had. Lastly they finished second in the conference only to Stephen F Austin so I knew I would be a part of a championship contending team.

“I see my role on the team not being any different to how I’ve been playing before. Block and alter shots, rebound on both ends and finish what I get around the basket.

Tawiah averaged 8.6 points and 9.1 rebounds this year for Frank Phillips, where he has played under English coach Chris Hackett from Sheffield. He shot 59.9 percent from the field during the season. At the tail end of his 2013-14 campaign, he caught fire from the field, finishing in double figures in eight of the final 10 games of the season.

“I couldn’t be happier that Chris has signed with Corpus Christi,” said Hackett. “He always had the physical tools to play at that level, but he really developed and expanded his game during the year he spent with us. They did a great job recruiting him and I think he will have a chance to play for them immediately.”

Tawiah posted double-doubles in five of those final 10 games, including a season-best 16-rebound performance against Clarendon College on Feb. 17. In all, he posted 10-plus rebounds 14 times on the year. As a freshman, he played for Iowa Central Community College, averaging 3.9 points and 2.4 rebounds in limited action for the Tritons.

Texas A&M-Corpus Christi was the third-most improved team in the nation in 2013-14, posting 18 wins, a 12-win improvement from the 2012-13 campaign. The Islanders went 14-4 in conference play, finishing second behind only undefeated Stephen F. Austin in the Southland standings. Wilson was also honoured with the Ben Jobe Award as the top minority coach in Division I.

Hoopsfix wants to wish Chris all the best with his NCAA Division 1 career!