Sedale Hanson-Young Drains the CLUTCH Three to Give Birmingham the Cup Title! - Hoopsfix.com

Sedale Hanson-Young Drains the CLUTCH Three to Give Birmingham the Cup Title! 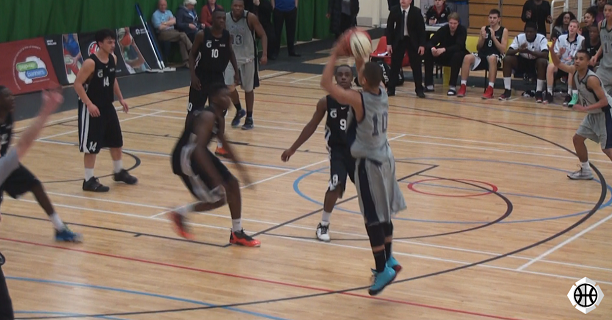 The 2014 Under-18 National Cup Final wasn’t without drama on Saturday afternoon, as Birmingham A’s Sedale Hanson-Young hit a clutch three pointer with 38 seconds remaining to give them the lead and ultimately the win, 69-64, which was sealed at the free throw line.

Hanson-Young was just 1 of 9 from beyond the arc up until that point, but hit the one that mattered as he received a pass out of the double team from eventual MVP Callum Lawson (31 points, 18 rebounds), giving Birmingham it’s first junior cup title in over a decade.