Birmingham's Callum Lawson ('96) Dominates On His Way to U18 National Cup MVP! - Hoopsfix.com

Birmingham’s Callum Lawson (’96) Dominates On His Way to U18 National Cup MVP! 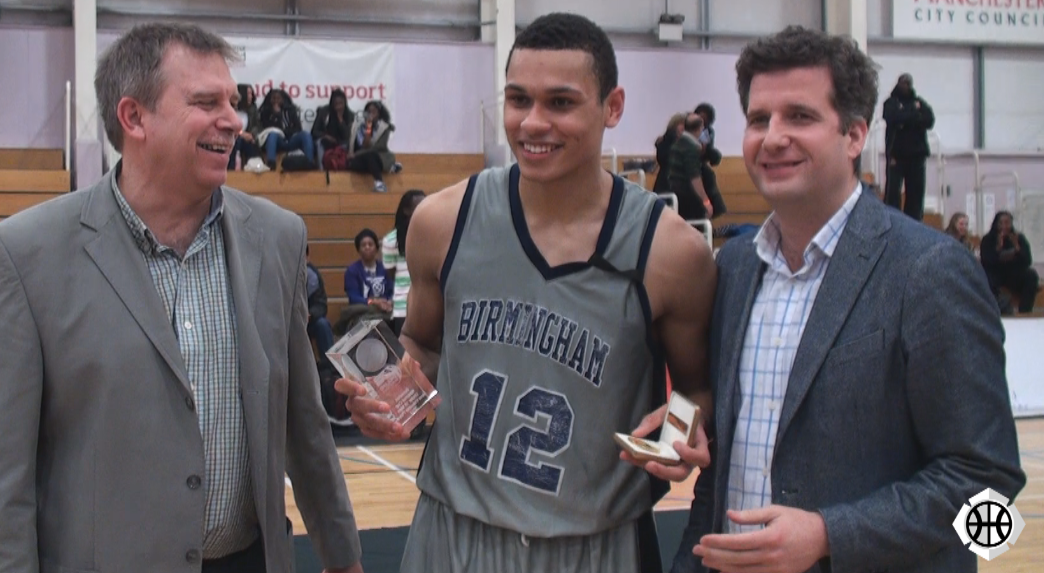 Watch Birmingham A’s Callum Lawson (1996 born) dominate NASSA in the Under-18 National Cup Final, finishing with 31 points and 18 rebounds to be named MVP and give Birmingham their first junior cup title in over a decade.

Lawson went 13/25 from the field and added 3 assists – two crucial ones down the stretch for big three pointers, as well as the clutch free throws to seal the game.