Josh Steel ('97) is the BEST Under-18 in the Country - Official Hoopsfixtape! - Hoopsfix.com

Support
Home / Junior / Josh Steel (’97) is the BEST Under-18 in the Country – Official Hoopsfixtape!

Josh Steel (’97) is the BEST Under-18 in the Country – Official Hoopsfixtape! 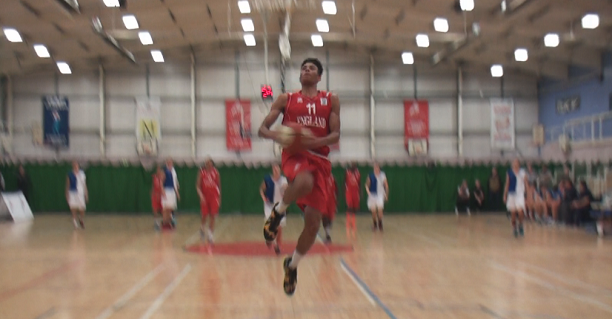 Check out 6’4″ guard Josh Steel, who right now is the top junior player in the country!

The 1997 born England Under-18 and Barking Abbey player has slowly risen to prominence over the last couple of years, including a selection to the Jordan Brand Classic International Game in New York, recognising him as one of the top players in Europe for his age group.

Still one more year left in the country (Class of 2015), Steel is already sitting on offers from a few D1 schools. Montana State University, Florida Atlantic University and Drexel have offered, whilst the likes of Ole Miss, Virginia, Tulane, James Madison, University of Nebraska, University North Texas, University of South Florida, and South Carolina are all showing interest.