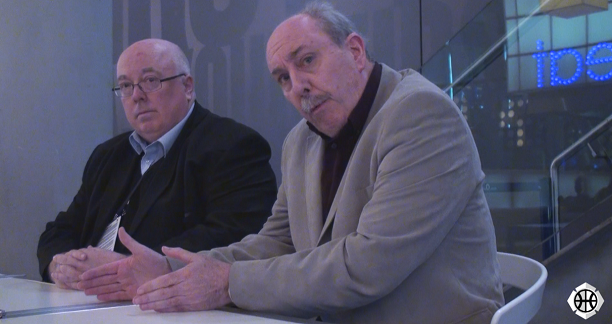 British Basketball have defended their policy on recruiting ‘plastic Brits‘, stating they are “playing within the rules” when calling up players who may have personal connections and allegiances to other countries.

The organisation has come under constant criticism over the past few years for calling up various players, who, in some cases, may have never even visited Great Britain, but in a press conference at the O2 Arena in London last week said they have no reason to change their stance.

“The reality is you can look across the international game; everybody’s playing within the rules, we want a system where we can develop as many of our players as possible, appropriate to the potential.

“So, I guess, the rules set the framework (read FIBA’s rules regarding National team eligibility here – Ed), all we do is work within the rules and work towards, what Joe (Prunty – GB Head Coach) was saying before; how can we get the best possible team on the floor to do the job for Great Britain.”

British Basketball confirmed in the conference they are still chasing Charlotte Bobcats guard Ben Gordon, who was born in London but moved to the US shortly after, and LA Clippers big man Byron Mullens, who has a passport through his British mother.

“Anyone with a British passport is on the radar,” said National Teams Director Warwick Cann, who can be seen on Twitter recruiting players who openly label themselves as from another country in their bio.

“The next element I think you’re talking about is the development of our own British. I think, Sam, you know over the last four years I’ve been committed to developing that talent to the best it can possibly be.

“So we want the best players and we are critically aware of what we need to do developmentally; not only to the people on our shores now, we actually have a role, with our players like the Kieron Achara’s and other people playing professionaly, and Flo Larkai is a classic example, where he came back in and was extremely thankful for the development that went into him during the summer which has allowed him to develop his game to go back to his professional ranks in Japan. So the development is an ongoing ethos that we have.”

Thoughts? Let us know in the comments!