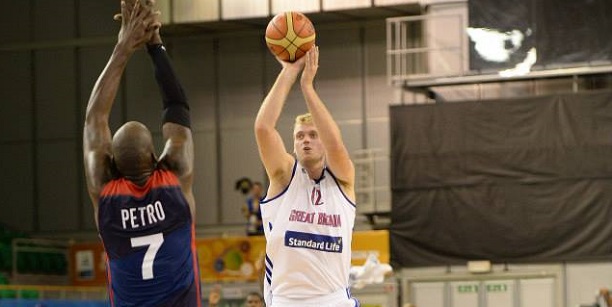 Great Britain fell to 1-1 at Eurobasket with an 88-65 loss to France on Thursday evening in Slovenia.

It leaves GB in a share of second place in Group A, behind unbeaten Ukraine, with their next game against Belgium on Friday.

GB managed to hold the game close in the first half, going into the break down just 8, but a 26-11 third quarter propelled France to a comfortable second half victory.

“France deserves a lot of credit for the things they did,” Head Coach Joe Prunty said. “The first and third quarters were pretty big keys and really set the tone. We did match that level of intensity that we needed to and the game became very free flowing.

“That really benefitted them. We have to give them credit and we now move onto the next one against Belgium which will be a very difficult test as well.”


Dan Clark had 16 points, all in the first half as he was unconscious from three point range, whilst Prunty’s trust in Devon van Oostrum paid off as he finished with 13 points and 3 assists.

“We got a very good performance out of him,” said Prunty of van Oostrum who achieved his 25th cap in tonight’s game. “He was very solid through the second quarter and the whole game.”

With Belgium defeating Germany 77-73 in overtime earlier, and Ukraine – the only 2-0 side – keeping Israel winless with a 74-67 win, Group A remains wide open.

And Clark believes the British must be ready for the challenges ahead.

“We weren’t capable of maintaining our concentration levels and our physicality for the whole 40 minutes and against a team like that, you have to do it,” he said.

“That was the main reason for the big difference. But we just have to put this game behind us and move on.”