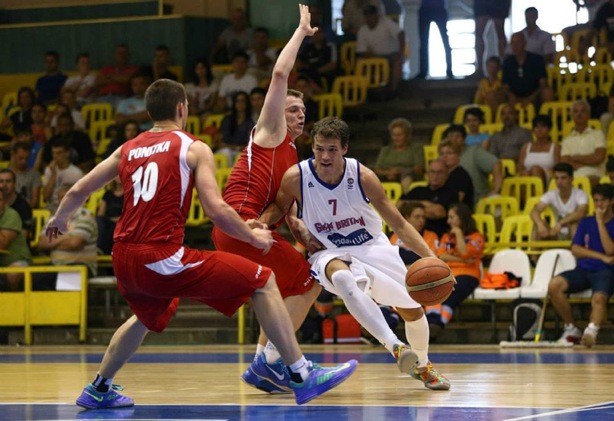 A full summer undefeated was one bridge too far for the Great Britain Under-20s as they suffered a tough 83-71 loss to Poland in the Division B European Championship Final on Sunday in Romania.

Their promotion to Division A is still ensured however, but their only loss of the summer couldn’t have come at a worse time.

Plagued by poor shooting (31.6% from the field) and struggling to stop Grzegorz Grochowski and Przemyslaw Karnowski, who combined for 36 points on 14/21 shooting, the U20s saw their record fall to 7-1 at this year’s European Championships as they picked up the Silver medal in a showing that was the best ever for a GB U20 men’s team.

Devon van Oostrum finished with 29 points, as he easily finished the tournament’s leading scorer, whilst Nick Lewis finished with 8 and Rowell Graham, Raphell Thomas-Edwards and John Stewart added 7 each.